9 Tips to Keep Employees Showing Up On Time

Time and attendance are two important factors if you want your team to succeed, but how do you keep employees punctual? It's all too easy for bad practices to creep into your working environment. Whether it's taking phone calls at the desk or not booking out meeting rooms, these everyday annoyances can actually cause a company major problems in lost productivity.

But when your employees start getting tardy with their timings, it can become much more serious. Not only do they risk missing meetings, client appointments and training, it could have an impact on their colleagues.

Seeing other professionals turning up late in the morning or after their lunch break can be demotivating to the point where it affects their morale or even impact their own punctuality.

The cost of employee tardiness

Far from being a minor problem that you can simply overlook with no consequences, employee lateness is something that can cause significant financial problems for the business if it's left unchecked.

Past research in the UK, conducted by airport shuttle service Heathrow Express, suggested that poor punctuality could cost the national economy approximately £9 billion ($12.8 billion) a year. In the US, studies have indicated that up to 20% of workers are frequently late, creating costs for businesses that run into billions of dollars every year.

Beyond the financial implications, it's important to consider the potential repercussions of persistent tardiness across your workforce as a whole. People who see their co-workers frequently turning up late and not being picked up on it might start to wonder why they should worry about being punctual, which will exacerbate the problem.

Workplace sentiment and attitudes could also suffer if some employees feel like they're putting in maximum effort while others aren't pulling their weight. The most likely long-term outcome of this is diminished productivity.

So, how do you ensure all your employees show up on time?

Establish what your working hours are and what time you expect people to be there. If there's been a long-term understanding that the start time is 9am and as long as they get in before 9:15am, there's no problem, but if you've never said this to anyone, you need to. Of course, things get in the way - late trains, schools being closed, sick children - but for the most part employees should be at work for the time you set.

It can be difficult to raise this as an issue if you have a number of professionals who have adopted a more laidback approach to starting work, but flag this as a health and safety issue that you need to be aware of where employees are during working hours. For complete transparency, it's also important that to communicate to every employee what is expected, even if they are the most punctual on the team.

If getting to work in the first place is the biggest issue, encourage management and other colleagues to organize meetings for the morning. Having this first thing in the day can make people more productive, while also giving them extra motivation to get to the office on time - or at least inform their colleagues that they'll be late. This helps break the habit of just walking in 10-15 minutes after work has started.

There are a variety of tools that can help you monitor employee attendance and punctuality. Time and attendance software can be a fantastic resource if you are looking to collect widespread data about departments and better understand their behavior. It can also help you to identify the worst offenders who may need further intervention from their manager.

Just informing employees that you will be introducing software to help track attendance might be enough to remind them of what their obligations are to the company and see them become more punctual.

If there are a consistent group of people who consistently show up late, then work with their management teams to develop an action plan for how you're going to proceed. Their behavior has a knock-on impact on the rest of the workforce and could even cause their co-workers to emulate them, so it's important that you eradicate tardiness as soon as possible.

The first step may be having a meeting with their line manager, where the expectations are clearly communicated to them personally and the impact of repeatedly turning up late is explained. This should be done in private because there may be personal reasons why they are not getting to work on time. If their behavior doesn't change, you can then give them a verbal warning.

Incentives can be a good way to encourage certain behavior from your employees without potentially upsetting them. For example, keep a list of everyone who has been there on time for a week and on Friday one of them gets a free bottle of wine or box of chocolates. This may seem simple, but it's surprising the impact this practice can have.

6. Understand what motivates your staff to arrive on time

Your efforts to encourage people to show up for work on time will be much more successful if you're prepared with effective motivational methods and techniques. Engage with your workforce and have one-on-one conversations with individuals to find out what would incentivize them to be more punctual.

This could be anything from seeing their manager or the company directors setting a good example by showing up on time (or early) every day, to little perks and bonuses they can earn by maintaining perfect attendance for an agreed period of time.

It's also important to think about issues that could be having the opposite effect and reducing people's motivation to get to work. Serious problems like workplace bullying, for instance, will have direct repercussions in terms of attendance and punctuality, particularly for those individuals who are feeling the worst effects of it.

7. Do everything you can to boost morale

Persistent lateness could be a sign of poor morale. If people feel uninspired, disengaged or generally unhappy (at work, in their personal lives, or both), it could be a struggle for them to muster up the energy and motivation required to get to work on time.

Again, it's crucial to connect with your employees and get to the root causes of poor punctuality. If you find that negative attitudes and sentiment are having an impact on attendance, it could be time to step up your efforts to boost morale.

You could consider measures such as:

When tardiness starts to become a serious problem, it's worth asking whether your job arrangements and schedules are working for your employees. As a result of COVID-19, remote and flexible working have become more familiar concepts to countless businesses and employees, so you should consider how increased flexibility could help to address punctuality problems.

There are various types of flexible working to choose from, including arrangements like term-time working, which gives parents the option to increase their hours during school terms and potentially take paid or unpaid leave during holidays. This could be an invaluable benefit for people who often struggle to make it to work on time because they have to get their children to school.

It's possible that poor punctuality in your organization isn’t simply a result of bad habits or irresponsible practices on the part of your employees, but a reflection of wider issues or concerns people might have.

If some of your employees are worried about the current financial health of the company or their job security, for example, it could be affecting their outlook and motivation, and consequently their punctuality.

You can address these sorts of issues by promoting a transparent working culture and having direct, honest conversations with your workforce about what's on their minds. This will help you build stronger relationships with your employees and could give rise to many benefits beyond better attendance. A Complete Guide to Absence Management 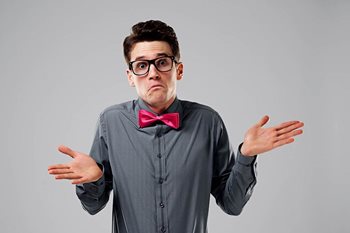 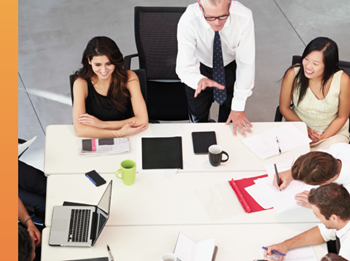 How to Confront Staff Who are Constantly Late (Without Upsetting Them)