5 Phrases You Should NEVER Say in Sales

You have a limited window to get a prospect onside and demonstrate the value of your product. But all too often, salespeople waste time by using tired clichés or phrases that could make a potential buyer doubt their motives. Working in sales, your job is fundamentally to demonstrate how your product offers genuine advantages to your prospects. How it can save them money, make them more efficient and increase their productivity.

As a manager, you’re aiming to build a sales team that’s able to communicate the benefits of your products effectively.

So it should come as a concern that so few prospects believe what salespeople are telling them. According to a study commissioned by Steve W. Martin, author of the Heavy Hitter series of books on the human nature of complex sales, just 18% of salespeople are seen by buyers as trusted advisors whom they respect.

Overcoming this natural bias against sales is no simple task. But you can make your life easier by avoiding the common phrases that are most likely to put prospects on edge.

We’ve spoken before about phrases that could cost you a deal. Now, here are five phrases that all salespeople should steer clear of in any circumstances.

You can’t expect to close a deal without demonstrating how your product works and showing how it adds value. As such, it can be tempting to play down the significance of a product demo upfront to encourage your prospect to take part.

But don’t fall into the trap of pretending that the demonstration will be shorter than it really is. No product demo has ever taken 15 minutes; more likely it’ll be half an hour or longer.

If a prospect is genuinely interested in your product, they’ll expect to see a thorough demonstration. And if they aren’t, telling them it’ll only last 15 minutes is unlikely to win them over.

2.“Just checking in / touching base”

A significant chunk of the prospecting process involves plenty of back-and-forth via email, phone calls and instant messaging apps. But that doesn’t mean you can afford to waste your prospect’s time with messages that don’t add value.

Every communication should have a clear purpose - whether that be providing insight, arranging a meeting, or offering new information about your product.

“Just checking in” isn’t a good enough reason to get in contact.

Of course, if your prospect said they’d be in touch three days ago, it’s fine to chase them up. Just don’t use this phrase as an excuse to send an otherwise meaningless message.

3.“Are you the decision-maker?”

Once you’ve managed to recruit a quality sales team, don’t allow them to waste time asking unhelpful or outdated questions like this one.

Asking it indicates that you haven’t done your research. If you’ve taken the time to find out about your prospect, it should already be obvious that they’re the right person to speak to.

It can also come across as insulting, implying that if they’re not a decision-maker, they aren’t worth your time.

Obviously you want to tell them about your product. You’re hardly likely to be randomly calling people for a chat on company time.

Also, your prospect has little reason to care what you want. What they do want is to find out straight away if they’re likely to get something useful from the conversation.

Rather than wasting time on this unhelpful gambit, phrase it in a way that clearly demonstrates value. “Our product has helped a lot of ecommerce startups to make better use of customer data. Given that you mentioned this was one of your biggest challenges, I’m wondering if you’d be happy for us to discuss this in more depth?”

Want to maximize your sales team’s performance? Don’t let them fall into the trap of insulting your competitors. It’s easily done, but it comes across as unprofessional and makes it sound like you have an axe to grind, which is unlikely to earn you the respect of your prospect.

Even if you know that a rival gave your prospect incorrect information, take the high ground. Instead of accusing them of telling bare-faced lies, shift the focus back to the truth by saying something like: “That’s a really good point, but actually [insert accurate information].”

At this point, you can expect some follow-up questions - understandable, given that the prospect has been given conflicting reports. Answer these dispassionately and with sufficient detail, then you should be able to move on with the discussion productively. The Next Generation of B2B Purchasing The Ultimate Guide to Sales Forecasting 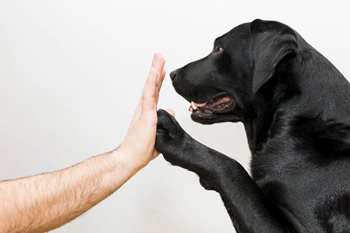 How to Get Your Sales Team to Hit Target I Dream of Easy: The Guide to Improving Sales Operations