6 Types of Market Research Bias and How to Remove Them

Tendencies, trends, inclinations, and preconceived notions – all are forms of human bias that are consciously or unconsciously affecting the outcome of your survey. Whether you are a researcher or a consumer, survey bias can easily sneak into any research and become a problem even before you realize it. It’s very difficult to identify and avoid bias in your research unless you’re using a market research platform which is designed to eliminate human error.

So before you send out your survey, consider the following 6 types of bias that appear in market research so you can identify them and minimize their impact on the quality of your data:

Confirmation is one of the most pervasive forms of bias in market research and it occurs when a researcher forms a strong belief and uses the respondent data to validate that belief. This takes place in real-time when the responses are being weighed as relevant or reliable and further extends into the analysis.

The only way to mitigate the effect of confirmation bias is to consistently re-evaluate the responses while challenging pre-conceived notions and hypotheses.

Assumptions about influences and motivations are often colored by a cultural lens. People often judge another culture purely on the basis of their individual values and the standards of their own culture, and the researcher is no exception.

To minimize this cultural bias, researchers must adopt cultural relativism and be cognizant of their own assumptions to straddle potential cultural divides. Researchers can also consider using in-country analysts to capture local nuances.

This survey bias occurs when respondents tend to answer a survey in a manner that they believe is socially accepted and liked. This leads to inaccurate responses in case of sensitive subjects or personal topics where people like to present themselves in the positive light.

To minimize this bias in market research, the questions need to be phrased in a manner that explicitly states that the answers need not be socially desirable. The researcher can also frame indirect questions and ask about how a third-party would react or feel in a socially sensitive situation. This format will allow the respondent to express their own feelings onto a third-party and still provide unbiased, honest answers.

Commonly known as the friendliness bias in market research, it typically occurs when a respondent exhibits a tendency to agree with the moderator on every aspect that is proposed. This happens because they perceive the moderator to be an expert.

To avoid the acquiescence bias from blurring your survey results, the researcher must rephrase

When survey respondents know the sponsor then their views and opinions may become biased. The respondent’s perception of the organization’s mission, vision or values can easily influence related answers. To avoid this situation, researchers can take a neutral stance.

Limiting the researcher’s reinforcement to positive answers and emphasizing on an independent status will also help in mitigating the influence of affiliation and elicit unbiased responses.

Irrational escalation motivates people to dismiss the results of a survey if they overrule or undermine already established decisions. This leads to biased interpretations and misdirected assumptions.

Bhavika Sharma is a survey designer at SurveySparrow, where she designs surveys that work by making them more conversational and engaging, fetching 40% more responses. When she isn’t designing killer surveys, she loves to travel in search of adventure and to meet new people. Her travel experiences have taught her the importance of conversation and that is what she brings to the table while creating surveys or content for her readers. Back to School: A Guide for Marketing Managers 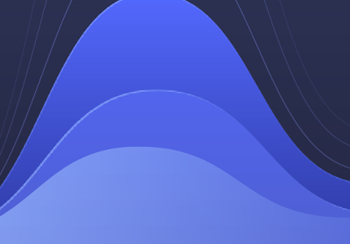 The Guide to Delightful Voice Search in Media What Do The Top Searches Of 2016 Tell Us About Marketing?