One of the best ways to generate hype and encourage consumers to talk about a brand is by using unconventional tactics that shock or inspire. Guerilla marketing is an example of how marketers are thinking outside the box to find ways to engage with their audience and promote brand awareness.

The more people are talking about a brand, the more attention it gets. 64% of marketers agree word of mouth marketing is one of the most effective ways to boost sales.

Although adopting guerilla marketing tactics means taking risks, the payoff is often totally worth it. Not convinced? Keep reading to find out about some examples that prove it.

What is guerilla marketing?

Guerilla marketing refers to a set of often controversial marketing activities that connect directly with consumers to make a lasting impression.

The objective of guerilla marketing practices is to drive publicity and brand awareness while evoking surprise or shock in the viewer. It’s a cost-effective marketing strategy as it allows brands to reach a wide audience without having to invest in huge amounts of content or advertising.

There are various ways to implement a guerilla marketing campaign. The type a business chooses will depend on its budget and goals. Here are some common tactics used by guerilla marketers:

This type of guerrilla marketing occurs when an advertiser associates itself with an event that it’s not a sponsor of without paying fees. Event ambush marketing often occurs at sporting events, concerts or in subway stations and often takes the form of a flash mob or tactical signage.

Experiential marketing encourages customers to participate directly in a brand experience, giving them an active rather than passive role. Examples include the gamification of products or asking an audience to do something outside of their comfort zone.

This type of marketing uses genuine endorsements from famous individuals to increase their brand awareness, exposure and the hype around a product or service.

Astroturfing as a marketing term gets its name from the synthetic material used to mimic grass. It involves using fake endorsements as social proof to generate hype or publicity.

This type of guerrilla marketing is ideal for small businesses and involves targeting an audience through a shared vision that generates an emotional response or supports a good cause.

The goal of stealth marketing is to create brand awareness by marketing to customers without them realizing they are being marketed to. A good example of this is product placement.

There are many examples of guerilla marketing in action. Here are some memorable ones that captured the world’s attention.

1. GoldenToe’s giant underwear on the streets of New York

To promote the launch of its new line of undergarments back in 2010, GoldenToe placed underwear on some of New York’s most iconic statues, including the Wall Street bull.

The bizarre idea garnered plenty of attention and is considered one of the most effective guerilla marketing campaigns.

By strategically placing models carrying trays of bottled water at the 2019 Golden Globes, Fiji Water subtly gained the attention of viewers from all over the world.

One model also strategically positioned herself in the background of different photoshoots to photobomb the high-profile attendees. As photos from the event appeared on social media, the #FijiGirl hashtag was born and the brand became one of the most memorable guests at the event.

One of the more innovative examples of guerrilla marketing from the last few years is the BBC’s attempt to market the Dracula miniseries.

Their marketing department thought long and hard and came up with a billboard featuring stakes with blood dripping from them. Simple enough, right? But the twist came when the sun set and the stakes cast a precise shadow of Dracula himself across the canvas.

Horoscopes have experienced a resurgence in popularity over the years. Although most people recognize that astrology has no basis in reality, they’re still a fun way to engage with life’s trials and tribulations.

Spotify realized this and decided to offer listeners a unique playlist based on their zodiac sign. The playlists were picked up by the media which led to more people tuning in to listen to their own “cosmic playlist”.

KitKat’s slogan “Have a break, have a KitKat” is recognizable around the world. In 2014, the company installed metal benches on billboards in the Netherlands that challenged passersby to sit on them for a certain amount of time for the chance to win a Google tablet.

In 2016, they took the campaign a step further by placing 500 benches around cities in the Philippines that resembled the famous chocolate bars to generate hype. Some of the benches were outfitted with features like piano keys and guitars, and others functioned as a see-saw.

Of course, consumers took to social media to share photos of themselves interacting with the benches, which helped to grow KitKat’s brand awareness. 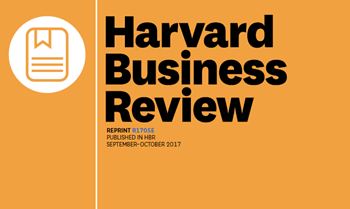 The Surprising Power of Online Experiments 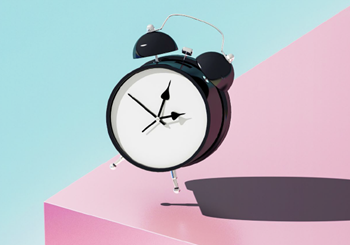 How New Technology is Driving the Promotional Marketing Industry How to Devise a Marketing Plan