4 Logos and Why They Work so Well

People are naturally drawn to a badge, often thanks to its strong reputation. Sometimes, this legacy can instill a logo with all the strength it needs — think the McDonald’s arches. In order for brands to reach that globally recognized status, a badge design must be effective, powerful, and memorable. Only then can a company’s reputation be built upon it. In this article, we examine how a brand’s logo design can have such a strong impact.

Embellished across its range, from the Land Rover Discovery Sport to the classic Range Rover, Land Rover sports one of the most iconic British badges in the automotive industry. The design is a fundamentally classic badge; oval shaped, simple color scheme, no fussy details. Even with the text removed, many onlookers would recognize the bold green oval of Land Rover. So, what makes this badge powerful?

According to psychological studies, circles and ovals are an effective way to convey a positive message. The shape elicits a sense of community, but more subtly, the ‘ring’ element of these shapes can subliminally convey a message of marriage and all its connotations — stability and endurance. These are certainly elements an automotive company would want to align themselves with in the eye of the customer, making a circle or oval a strong choice for badge design.

The strong green of Land Rover’s logo contributes to growth imagery. This makes sense when you consider the brand’s range of vehicles — how often is a journey used as imagery for growth? This badge taps into that often-used metaphor.

With one billion monthly active users and more than 500 million daily users, Instagram has dominated the branding game. Just like Land Rover, the absence of the company’s name doesn’t cause the badge to fall into obscurity — few would fail to recognize the colorful curved edges of Instagram’s simplistic camera logo, its third iteration.

Unveiled in 2016, the strength of Instagram’s badge design lies in a combination of two different shape psychologies — circles and squares. With its rounded corners, the logo taps into the professional-looking sleek edges of square logos, while the rounded corners soften the impact and play more on gentler connotation of circles, such as unity and friendship.

The 2016 revamp saw Instagram ditch its rainbow colors and reduce down to a simpler color scheme gradient of yellow, red, and purple. According to color psychology, yellow fuels a sense of optimism, red for excitement, and purple inspires creativity and imagination. Certainly a powerful color-scheme for the photo-sharing social media platform! Displaying the original PlayStation’s ability to render 3D graphics, the PlayStation logo features a simple, yet effective design of a letter ‘P’ casting a shadow in the shape of an ‘S’, creating the illusion of a 3D image.

Like the Instagram logo, the PlayStation logo combines features of both the traditional circle-shaped badge and the square. The icon could easily be bordered by either, and the image itself features dynamic, sharp lines in the ‘P’ and curved edges in the ‘S’ shadow. The simplistic style invokes neither masculine nor feminine tones, strengthening the sense that this games console isn’t stereotypically just “for boys” — it’s “for the players”.

Again, like Instagram, PlayStation ditched the rainbow colors of its original logo back in 2009. But instead of switching to a new spectrum of colors, the logo moved to a solid black typeface.

In terms of marketing, black is seen as a means to convey seriousness. It’s a logical move for PlayStation: in 2006, competitor Nintendo made waves with its innovative Wii console, which was marketed primarily around families, casual gaming, and a sense that games should be a simple enjoyment. The console soared in sales, and PlayStation responded with a new, grittier approach to its own console: this console wasn’t for casual gamers, it was for serious players who wanted a powerful console and complex gaming.

The luxury British brand’s icon certainly brings a sense of longing to many automotive fans, with the car manufacturer held in high regard when it comes to dream cars. But how does the badge draw upon a sense of elegance and power to complement the company slogan — “the art of performance”?

The graceful leaping jaguar is yet another badge design that doesn’t need the company’s name to communicate exactly who it represents. The angle of the creature’s pounce gives the badge an overall triangular shape, standing out from the far more common circular badge of automotive brands. Triangular shapes promote a sense of power, science, and masculinity. Coupled with the image of a lunging jaguar and the effectiveness of this badge design can’t be ignored.

Of all the logos analyzed in this article, Jaguar’s color palette is far more muted and minimal. The neutral tones of white and grey convey a strong sense of calm and neutrality, in-keeping with the brand’s elegant image: this is a company that wants to portray a self-assured power without making a gaudy display of arrogance. Grey promotes feelings of modest authority, while the highlighting white promises perfection and simplicity.

The strength of a brand’s badge is quietly powerful. Recognition and reputation both rest heavily on a good badge design, regardless of what industry a company stands within. 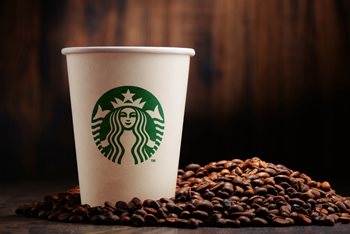 5 Brand Comebacks that Surprised Everyone

How Iconic Brands Breathe Life into their Marketing How to craft a winning reputation management strategy