First the iPhone, Now the iCar - What in the World is Apple Doing Now?

The rumor mill suggests Apple is getting closer to officially announcing its much-anticipated car. How could the innovative firm break into this new market? If you want to know what tech gadgets we'll all be using on a daily basis five years from now, you could do worse than look at what Apple is working on. The tech giant has revolutionized everything from how we listen to music to putting the world in our pocket, and in the process, become the world's most valuable brand.

Apple's reputation as an innovator is well-earned, but innovators don't stop at one good idea. A key area the brand has had its eye on for some time is the automotive sector. Yes, Apple's next big thing is likely to be a car.

The vehicle - unofficially dubbed the 'iCar', though it probably won't actually be called that - has been talked about for years under the codename Project Titan. Yet while it's an open secret in the industry, Apple has been characteristically coy about it, with the official line being little more than 'we'll see' when asked.

The next step for Apple innovation?

What's often interesting about how Apple innovates is that, while it's certainly offered several revolutionary technologies, it rarely starts from scratch. It wasn't the first company to build an MP3 player or a smartphone. Tablets were around for over a decade before the iPad showed up and it was relatively late to offer a smart watch.

But what Apple does better than anyone is find the best ideas, add features with its cutting-edge technology, package them using its signature smooth styling and make consumers want them. Before the iPod, MP3 players were clunky, hard-to-navigate things and smartphones still usually featured full physical keyboards that took away valuable screen space.

Apple changed the game by focusing on usability and desirability, with advanced technical capabilities that expanded on what was already out there and made it better. And given its track record, it's no wonder so many people find the idea of an iCar exciting.

Everyone wants to see what Apple can do with a piece of technology that’s remained essentially unchanged for over 100 years. We can be sure it'll feature Apple's famous sleek lines and bold design, but beyond that, expect it to focus strongly on the tech areas Apple is already good at, like artificial intelligence.

A full-electric model priced at the luxury end of the market is almost a certainty, but the main feature of any Apple car is likely to be an advanced degree of automation. Indeed, it may be among the first generation of fully autonomous vehicles that can navigate from A to B with no driver input at all.

Deep integration with existing Apple products is also highly likely, with any car set to be built around Apple's iOS platform. This should mean many functions can be controlled from your iPhone and will help make the car feel more like a tech product than a traditional vehicle.

One of the big issues for any Apple car will be how it marries its expertise in areas like software and artificial intelligence with the physical 'hardware' of the car itself. Building a car isn't like building any other tech product - it needs to be safe, it needs to be robust and it needs to last.

This is something that's proven a challenge for other brands that have sought to approach the automotive world from a tech perspective. The most famous example is Tesla, which - while winning many plaudits for its own innovations in areas such as battery technology and autonomous driving - has on occasion been criticized for inconsistent build quality and reliability. This is certainly something that Apple will be keen to avoid.

The most obvious solution would be for Apple to partner with an existing manufacturer that can handle the build process, while Apple takes care of the software and design. Indeed, Apple is reported to have held discussions with a variety of carmakers, including Hyundai and Kia, but nothing has yet come of this.

Regardless of how good the underlying technology is, moving into the automotive sector is a big shift for Apple, and it’ll be going up against brands that have decades more experience. Indeed, some have questioned whether such a radical move is a good idea at all. But given Apple's history of innovation, there's no reason to think that with the right plan and a clear vision, it won't be as successful in the automotive world as it's been in the tech space. 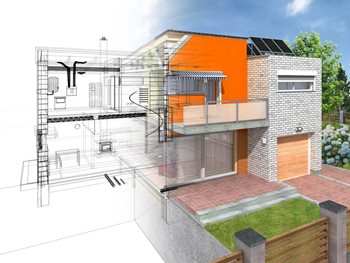 5 Reasons Why Global Corporations are Struggling to Innovate 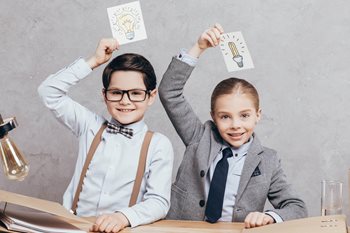 How to Win at Innovation with Intrapreneurship [Infographic]