3 Things Tim Cook Could Teach You About Innovation

Apple CEO Tim Cook might not be seen as being as innovative as his predecessor, but he has made a significant creative impact behind the scenes. After Steve Jobs passed away in 2011, the mantle of Apple CEO passed to Tim Cook, and it was clear from the start that he had big shoes to fill. While Jobs was a font of creativity, many have accused Cook of playing it safe and being content to maintain the company, rather than driving innovation.

However, this is an unfair judgement. Forbes senior contributor Chuck Jones pointed out that expecting Cook to recreate something like the iPhone is unrealistic, while CNBC’s Jim Cramer emphasized that all of Apple’s innovative wearables - such as AirPods - were brought out under Cook, not Jobs.

In truth, there’s plenty that Tim Cook can teach entrepreneurs about innovation. Here are three lessons you can learn from the Apple CEO:

1. You can innovate incrementally

Innovation isn’t just about coming up with exciting new products all the time. That’s certainly one route to success, but the other side of it is constantly making small changes to existing products in order to improve them incrementally. That’s something that’s key to Apple’s strategy under Tim Cook’s leadership.

But that doesn’t mean the company is lagging behind current technology. Instead, it’s learning what’s possible and improving its current products to keep them at the cutting-edge, which is just as innovative as unveiling a flashy new design.

2. The best ideas come from feedback

Cook isn’t shy about talking to Apple customers. He gets hundreds of emails a day, which is something he considers a privilege. In fact, one Reddit user talked of a time when they emailed him to complain about the poor quality of the music playing while on hold with Apple, and Cook got back to them the next day before making the appropriate changes.

The CEO welcomes feedback of all types. While Steve Jobs was often resistant to beta testing Apple Products, Cook is embracing this. Your customers and users are often in the best position to give you useful feedback, so you should listen to them wherever possible.

Under Tim Cook, Apple made a point of hiring as many people eligible to work under the Deferred Action for Childhood Arrivals Act as possible. The company employs almost 450 so-called “Dreamers”, who originally came from 25 different countries across four continents. This isn’t just a political statement; Cook firmly believes it helps the company be more innovative.

In an amicus brief filed with the Supreme Court, Cook wrote:

Dreamers embody Apple’s innovation strategy. They come from diverse backgrounds and display a wide range of skills and experiences that equip them to tackle problems from different perspectives.

It’s always worth seeking out new perspectives to be as innovative as possible. 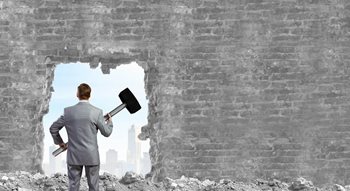 30 Innovative Companies that are Crafting the Future How to Challenge Large Companies with Innovation