DDoS attacks can cause huge disruption to businesses. Here's how to spot them early so you can minimize the risk of damage.

For many organizations, their website is their primary connection with customers. While certain companies, such as online retailers, are highly dependent on these assets, businesses across all sectors rely on web services to function effectively. So when these connections go down, it can be hugely costly.

This is even more the case when it's not a hardware failure or connectivity error that causes downtime, but a deliberate attack on your network, as these can be sustained incidents that are out of your control to fix.

A common way criminals can take down servers is by flooding them with traffic, so they become overwhelmed and unable to respond to legitimate requests. This is known as a Distributed Denial of Service, or DDoS attack, and it's an easy way for a hacker to wreak havoc with a website - or even act as cover for a wider data breach.

DDoS attacks are more than just an annoyance - they're a serious and growing problem. According to Netscout, 2.9 million DDoS attacks were reported in the first quarter of 2021, a 31% increase from the same period in 2020. And this can result in significant downtime for businesses that leads directly to lost income and reputational damage among customers.

4 key signs you're under DDoS attack

It's clear that DDoS can have a major impact on your productivity and profitability. Most employees won't typically be spending time on your website, so it may well be that the first people to notice connection difficulties are your customers - by which time, it’ll be too late to prevent an attack.

Even if you’re experiencing difficulties, how can you tell them from a legitimate spike in traffic that may be short-lived? Here are a few things to look out for:

One of the biggest telltale signs that you're under a coordinated attack is if you suddenly see repeated, structured requests coming from the same IP addresses. However, it's not enough to simply filter out the addresses. An effective botnet can control many thousands of IP addresses, so simply blocking any that show up repeatedly won't be effective.

Another sign to look out for is patterns in how requests are being made. For instance, if an IP address is making a set number of requests within a specific time frame (e.g. x requests every y seconds), this is a clear sign the traffic isn’t legitimate. These IP addresses can then be routed to specific null destinations that don’t impact your servers, while allowing through genuine traffic.

2. Your servers respond with 503 events

If your website responds to a request from a user with a 503 message, this indicates a server outage - and if there's no other reasons for a server to be unavailable, this is often a sign that it's being overloaded with requests by DDoS attack. However, instead of trying to see this manually, you can set up an alert in Windows Event Viewer. This can be configured to send an email to an administrator if it identifies a 503 event - though if you're managing a large number of services, more advanced automation tools may be required.

Sending ping requests to servers to measure their response rate is another key early warning your infrastructure is under pressure from DDoS. If the time to live (TTL) times out, it's a clear sign the server has been knocked out. Again, this is a process that can be automated, with a variety of tools available that can allow you to configure how often to run ping tests and ensure you're alerted should an issue be discovered.

Reviewing traffic logs can also help you identify a DDoS attack from a legitimate surge in traffic - provided you know what to look for. Factors to consider include:

You can configure monitoring tools to look for and flag up highly specific patterns of behavior, using a combination of events and traffic, which can be vital in reducing the number of false alerts. Filtering these out effectively is essential as otherwise, your IT staff may become overwhelmed by messages, which may lead to them ignoring actual DDoS attacks.

Learn more: How to Detect Bot Traffic and Protect Your Site from Web Scraping

Protecting your business against DDoS attacks

It's not practical to have employees manually monitoring these areas for signs of attack, and by the time you get around to doing this after you start encountering an issue, it's too late. Therefore, an essential part of DDoS prevention for many organizations should be automated monitoring tools that can keep an eye on the above metrics and respond accordingly when they spot the telltale signs of an attack, without waiting for human intervention.

When it comes to DDoS attacks, however, prevention is better than cure. Improving your website's resilience by using solutions that can scale up automatically to cope with surges in traffic may be a good solution for many firms. Meanwhile, content delivery networks (CDNs) can also help protect against DDoS attacks by spreading the load across many different servers. Data at Rest vs Data in Motion: Fundamental Differences in Data Protection 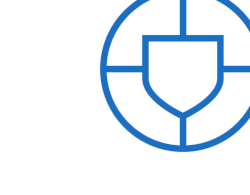