LTE-M vs NB-IoT: Which is Best for Your Network Connectivity?

Connecting your IoT devices effectively will be vital to future success for many frms. But should you be using LTE-M or NB-IoT technology? Connectivity is more important to businesses than ever, but the number of devices that will need to be connected to your network has exploded in recent years thanks to the arrival of easy-to-deploy, low-cost Internet of Things (IoT) technologies.

AI assistants, smart building sensors, industrial machinery, vehicle trackers, medical equipment, consumer devices and other machine-to-machine communications are all competing for wireless bandwidth. According to the International Data Corporation, there are expected to be 55.7 billion connected devices worldwide by 2025, of which 75% will be connected to an IoT platform, generating 73.1 zettabytes of data.

To ensure these devices are able to function effectively, it's clear that next-generation connectivity solutions will be a must. But while new standards like 5G and Wi-Fi 6 are helping drive the journey to a mobile-first world, these options aren't designed for IoT devices.

Instead, businesses should be looking at solutions that are tailored specifically for these devices, and in particular either LTE-M or NB-IoT.

What are LTE-M and NB-IoT?

Long-term evolution for machines (LTE-M) and narrowband IoT (NB-IoT) are both low-power, wide area next-generation connectivity options that aim to better serve the unique needs of IoT devices. In particular, they're suited for items that have relatively low power requirements and data transfer rates, as well as those that are used in hard-to-reach areas and will require lengthy battery lives.

For example, they may be useful for deployments in rural or underground locations or those with a high rate of radio interference such as industrial facilities, healthcare settings and anywhere else where traditional wireless signals may be hard to penetrate.

However, while both technologies offer the potential to better connect IoT devices efficiently and cost-effectively, there are a few key differences between the two it's essential to be aware of.

The advantages of LTE-M

LTE-M can be seen as a simplified version of commonplace 4G wireless networks, offering much lower power draws on batteries and cheaper modem costs. With upload and download speeds of up to 1Mbps and a latency of between 50 and 100 milliseconds, this gives it enough performance to handle real-time services and applications such as voice data.

This technology therefore allows devices to react in an instant, making it ideal for use where even the smallest delays could prove costly. What's more, it offers strong mobility, which enables it to be used on vehicles or field equipment as it can continue streaming data in motion without the loss of fidelity.

Because it uses the same technology as many existing networks - especially those in the US - it’s also easy to deploy and interoperable with other wireless solutions, so there’s usually no need to invest in new infrastructure.

The advantages of NB-IoT

Among the areas where NB-IoT differs from LTE-M is that it's based on the newer 5G standard, which should ensure it’s futureproofed for years to come while still being able to be deployed within the existing LTE spectrum.

It's especially suitable for use in indoor deployments and offers a high degree of scalability and security built-in, making it useful in sensitive locations and those where high penetration is required.

NB-IoT also has a longer range than LTE-M and has extremely low power consumption, which means, with the right integration, it should be able to offer a working life of over ten years from a single-cell battery. It also provides low costs, which is a major consideration when planning large-scale deployments that may encompass tens of thousands of individual devices.

Finding the right solution for your needs

When deciding which technology to use to support your IoT deployments, it's important to be aware of both the benefits and limitations of each. For example, NB-IoT achieves its strong range, penetration and power usage by operating at a much lower data transfer rate. Whereas LTE-M can provide upload and download speeds of up to 1Mbps, NB-IoT is limited to under 100kbps.

At the same time, it also has a much higher latency rate than LTE-M, and because it's only designed to send signals at relatively high intervals, it can't be used effectively on the move. This also makes it unsuited to applications such as transmitting voice data and use in locations such as vehicles, whereas LTE-M is ideal for tracking moving assets.

However, NB-IoT's exceptionally low cost makes it ideal for use in scenarios such as smart cities, where monitoring sensors that only require small packets of data to be sent at regular intervals are more important than speed or latency.

Therefore, the first stage of any decision-making process must be to establish exactly what your IoT network looks like and what you need from your connectivity. Look at bandwidth demands, the type of data involved, how often you need updates and when your real-time requirements are before making your choice to ensure you're selecting the right technology for your firm's future. Why Should You Care About Hyperconnectivity? WiFi 6 - Separating the Magic From the Myth A Guide to Authentication Technologies & Methods 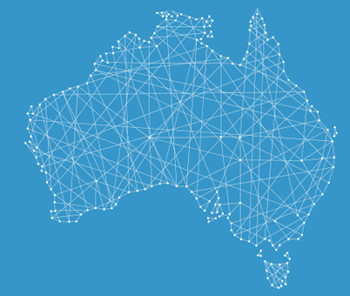