Tokenization and encryption are often pitted against one another, but what sets them apart and which one is best suited to your business requirements? Encryption is the most popular method for protecting data across cloud services, but cloud tokenization is another alternative that’s fast gaining traction. Here, we take a look at the key differences between cloud tokenization and cloud encryption and the impact they have in operational use as CISOs and other roles deal with the impact.

Encryption has long been the first line of defense against someone accessing business, government or personal data. Across computing history and even in the era of cloud security, files have been encrypted for transport, network connections can be encrypted and digital vaults on PCs, servers and smartphones can all add layers of encryption to protect data.

However, the data is still there and if someone gets their hands on the encryption keys or has enough compute power to brute force decrypt that data, then they’ll have complete access to it. Enter tokenization, a process that replaces the original data with a meaningless token that can only be reversed by the tokenization solution.

With ever-growing masses of data in the world, encryption works best for non-standard data and files, whereas tokenization works best for information that’s often stored in a standard form, like a National Insurance (NI) number, credit card number or other personally identifiable information.

The original data isn’t stored within the token, so there’s no way to access the original information. That’s why banks, insurers and healthcare firms are rapidly switching to tokenization to better protect key data that could lead to substantial losses and fines if leaked.

Both methods have benefits and weaknesses, with IT teams having to juggle business needs and compliance laws, as well as the specific value when applied in particular use cases.

The pros and cons of cloud encryption

Thanks to the increase in processing power, encryption is easy to enable across large quantities of data, and you only need one encryption key to protect massive amounts of business data (ignoring the risk of putting all your eggs in one basket).

Cloud encryption also works equally well on any type of data, including structured and unstructured files, images and video - whatever the data, it’ll be as secure as the encryption key.

All it takes is one user to share a decryption key in the wrong place and a great deal of valuable data can be exposed. While that was less of a risk in the on-premises days, in the cloud era, the risk and complications have increased as cloud footprints explode.

Not only might cloud compliance and regulatory issues be different for an enterprise operating across several regions, but differences in private, hybrid and public clouds can further complicate a company’s encryption efforts. Each might offer a security solution within various systems and services.

Learn more: Data Sovereignty and Cloud: How Do You Ensure Compliance?

Next comes the issue of managing keys. Again, this was simple in a locked-off private environment, but safeguarding encryption keys from deliberate compromise, loss, unauthorized access or being corrupted all adds to the risk. That’s not to say that a well-managed IT team with strong attention to detail can successfully operate an encryption-heavy environment, but eventually something is likely to go wrong.

The pros and cons of cloud tokenization

The simplest benefit of tokenization is that your information is protected should there be a breach in your cloud environment. If a file is misdirected, stolen or exposed during another incident, no data can be compromised.

Tokenization is also simpler to set up and manage. Once the service is enabled, it automatically tokenizes the required data. This makes it safer to store data with third parties, but your governance and compliance obligations remain the same, especially in instances like handing Payment Card Industry Data Security Standard (PCI DSS) data.

However, tokenization is yet more service that gets added to the cost of running and managing that growing cloud footprint. It adds complexity to your IT infrastructure, with more steps required for transactions or ecommerce, including detokenization and retokenization to protect data as it meets third-party systems that require the original information.

Also, some payment processors might not be able to handle tokenization, limiting your options or providers. There also remains the security risks of business continuity issues, such as what happens if a third-party token vault becomes inaccessible or they’re attacked.

Suitable use cases for tokenization

Banking has led the way in encryption of data, and in recent years tokenization, with the protection of payment bank or credit card data driving adoption and a bedrock of governance and compliance legislation and guidelines. This feature that we all take for granted sees near-seamless and instant transactions for millions of customers per day.

All firms using this data come under the auspices of the PCI DSS. Although encryption is often used to secure data, tokenization is better suited to store and transmit card data due to its standardized nature, while being fully compliant with PCI DSS tokenization guidelines that set benchmarks for others to follow.

As more personally identifiable data moves to the cloud, tokenization solutions are increasingly being used to protect it when sharing with third parties. Tokenization works just as well with NI or social security numbers, mobile phone numbers or email addresses. As these are built into the authentication systems of thousands of different services, tokenization represents the most effective way yet to secure data during billions of transactions.

As tokenization becomes more widely used, business leaders and CISOs will appreciate the trust it fosters with partners and clients, the reduction in red tape across the payments or service sector, and as innovations grow out of these common use cases, there’ll likely be further benefits. 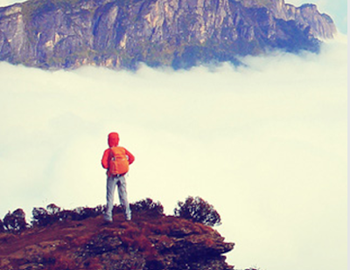 The State of Cloud Security 2021 [Infographic]