If you want your recruitment process to be as fair and efficient as possible, make sure you understand these biases and how they can hinder your hiring. Talent shortages are a major challenge for many organizations. In a global survey by McKinsey, nearly nine out of ten managers and executives said their companies were already facing skills gaps, or expected to see this problem develop within the next five years.

One of the most positive actions you can take to mitigate this risk and acquire the capabilities you need is to eliminate bias from your recruitment process.

Unconscious bias can seriously impact the effectiveness of your hiring and prevent you from identifying and building relationships with talented individuals who could help the business thrive.

The common types of hiring biases

Being aware of the different types of hiring bias and the risks they pose is a crucial step on the way to eliminating them from your recruitment activities.

Gender bias occurs when people make assumptions about an individual's ability to do a job based on their gender, and it’s a problem that businesses in traditionally male-dominated industries need to be particularly aware of.

Statistics suggest this is an ongoing issue in many sectors and roles, with McKinsey reporting that progress towards gender equality at work has been "marginal" since 2015.

Men continue to outnumber women in professional and technical jobs, leadership positions and labor force participation as a whole.

An interviewer either consciously or unconsciously favoring an interviewee with whom they feel a natural connection or compatibility could be an example of affinity bias.

While striking up a rapport with candidates and getting to know them as individuals is often an important part of the recruitment process, you should be wary of hiring people just because you have something in common or you 'click' with them.

This can result in unintended discrimination against job applicants who are different from you, something every business should avoid, since research has shown diverse organizations are more profitable.

Confirmation bias occurs when people seek out, interpret or collect information in a way that verifies what they already think or believe, potentially overlooking equally valid data that contradicts their existing notions.

There are various ways in which this can hinder and distort your hiring activities. For example, if you read through a selection of resumes, and then go into interviews with preconceptions about what each candidate will be like, based purely on their education, qualifications or work history, you're less likely to draw fair and objective conclusions from each interview.

Humans are social creatures who achieve extraordinary things when they work together. Consequently, many people have a natural inclination to cooperate and exist in harmony with others.

In the HR and recruitment space, this can lead to conformity bias, where opinion is dictated by the majority and those who might disagree are reluctant to speak up for fear of 'rocking the boat' or complicating the process.

Suffice it to say, people failing to express their true opinions of job candidates is less than ideal when you're working hard to hire the best workers for the business.

How is unconscious bias impacting your hiring decisions? And what can you do about it?

Beauty bias is the problem of people being viewed and judged in a certain way because of how they look, with those who are considered attractive getting more favorable treatment.

This is a particularly common issue to be wary of when you're hiring. For example, one interviewee might be more smartly dressed or have more elegantly styled hair than another, but that doesn't mean they’ll be more organized or professional in the workplace.

The halo effect - when a person is disproportionately judged on one stand-out quality, achievement or aspect of their personality - can skew your hiring decisions if you allow it to creep into your recruitment function.

You might be mightily impressed if a job applicant has a degree from Harvard or Yale, for example, but don't let this overshadow equally important indicators such as their work history, references and assessment results.

The opposite of the halo effect, the horns effect occurs when you allow one negative factor to shape your opinion of an applicant, even if they have lots of other things going in their favor.

If an individual seems absolutely perfect for a role based on their skills, experience and qualifications but performs poorly in an interview, for example, make sure your final decision reflects every aspect of their application, not just the interview. After all, bad performance at this stage of the process doesn't necessarily mean the candidate should be written off altogether.

When you're interviewing a wide range of candidates, it might seem natural to compare them against one another so you can make a more informed decision about who’s the best fit.

However, this approach does have a potential downside: the contrast effect, whereby you become too reliant on comparisons, rather than judging each case on its own merits. This can lead you into the trap of feeling like it's impossible to find the 'perfect' person, because you're too focused on comparing applicants and their many differences.

The fundamental attribution error is the human tendency to excuse your own behavior and give yourself some slack for your failings, while expecting others to be held fully accountable for theirs.

When you're evaluating resumes, for example, you might interpret every flaw as a sign of the applicant's shortcomings, while assuming that their successes were the result of good luck or other people's hard work.

By educating yourself on negative habits and prejudices such as these, you can make a big difference to your company's hiring and overall performance by tackling bias in the recruitment process, and ideally eliminating it entirely. 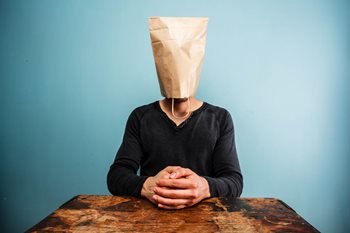 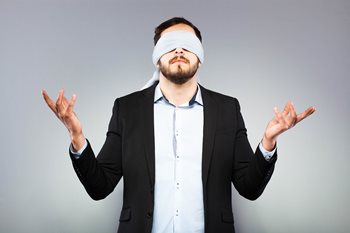 The ROI of Talent Intelligence Platforms for the Modern HR Leader