Candidate Ghosting is a Thing. Here’s Why it’s on the Rise

Businesses are more frequently facing silence from applicants during the hiring process. Why is this happening, and what can you do to prevent it? Have you responded to a job applicant, only to never hear from them again? It’s an unfortunate reality for many companies and it’s called candidate ghosting. As the phenomenon grows, it’s become a recurring frustration for organizations across all industries. But it doesn’t have to be a regular event for your business.

According to Indeed, between 2020 and 2021, 28% of job applicants had heard back from an employer but never responded to them. This figure is higher than the year before, which stood at 19%.

Below, we’re looking at some of the best ways to make sure applicants work their way through your hiring process, rather than leave you in the dark.

What is candidate ghosting?

Have you ever applied for a job, just to be left frustrated when the hiring company never gets back to you? Candidate ghosting is the opposite, where jobseekers cut off all communications with an employer during the hiring process.

Ghosting is a term that originated in the dating scene, referring to someone disappearing without a word. It’s grown popular as a term in business as more and more companies resonate with a shared experience, with some organizations claiming up to 90% of candidates are ghosting them.

Why are candidates doing it?

Candidate ghosting is tough for businesses, with a CareerBuilder study revealing over 66% of hiring managers say the phenomenon is an issue for their company. Ultimately, you’re left asking one question: Why?

Traditionally, it’s been the other way around. However, with a tightening job market in recent years, even before the pandemic, employees can afford to do the same as more companies are approaching them to fill positions. Additionally, candidates are often applying for multiple positions at the same time, generally picking the one which offers the best benefits.

How to prevent candidate ghosting

Any business could be a victim of ghosting, but if it happens to you multiple times, it might be time to reconsider your hiring process. It’s crucial that candidates feel excited and engaged by your job listings, but equally important is how efficiently you communicate with them and whether or not you make applicants feel like your position is worth their time. Here are some top tips to avoid becoming a victim of ghosting.

Any job listings you post should focus on clear communication, both in the description and in the way that you interact with potential employees - always try to keep an open channel and be responsive, no matter what stage of the hiring cycle a candidate is at.

Written or recorded testimonials from your employees provide an authentic look into what life at your company is like. Many candidates believe that employers don’t care about them and value culture as one of their top priorities when searching for new roles.

When a candidate applies for a position at your company, act as if they’re already at the next stage with other companies. If you really think they could be a great fit, move forward with them in a timely manner, even if it’s just a phone call. Consider how you react after a positive call with a client - do you wait a long time to follow up? Hopefully not.

It’s worth trying to add a personal touch when you speak with, or interview, candidates. Those who feel like they’ve connected with you are more likely to complete the hiring process.

It’s no secret that it’s a candidate's market right now. With so many organizations competing for employees, those who reach out quickly and provide extra information will come out on top. Aim to reach out to applicants within an hour to thank them for their time, while offering them ways to learn more about what your business represents. In doing so, you’ll be able to keep them engaged until you’ve made a decision on the next step.

Your comment has been successfully submitted, it must be approved by our admin team before it is presented on the site.
10/01/2023 J.
Although it's true that ghosting is becoming an issue for recruiters in filling less competitive spots, I wonder if the percentage of candidates that ghosted prospective employers [according to Indeed] includes situations where the company reaches out to the candidate first. In which case the candidate would less likely to respond. 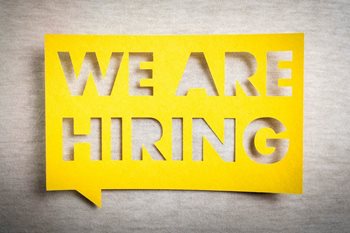 The Cost of Hiring an Employee 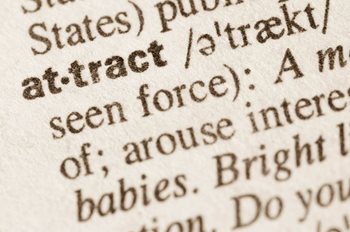 Attract the Right Talent for Your Job with Effective Copy Four Steps to Improving Your Recruitment Marketing and Candidate Experience