As the fallout of the events surrounding GameStop stock continues, what could this intriguing tale mean for FinTech and financial services in the long term? At the start of 2021, conversation in the finance world was dominated by an unlikely name: GameStop, the Texas-based video games and consumer electronics retailer.

The company had been struggling since 2016, with falling stock prices, store closures and declines in revenue. Its net losses in the year up to February 2nd 2019 were a record $673 million.

Further commercial difficulties created by the COVID-19 pandemic meant some Wall Street investors were willing to bet GameStop's share price would crash, but their expectations were confounded in a surprising turn of events that could have long-term repercussions for the world of FinTech.

Working on the assumption GameStop was overpriced, some hedge fund investors 'shorted' the stock, effectively betting its price would fall. Shorting allows traders to profit from a stock falling in value by 'borrowing' shares, selling them at a higher price and buying them back later after the price has fallen.

When they saw this was happening with GameStop, a group of smaller retail investors - led by members of the Reddit forum WallStreetBets - launched a plan to buy shares in the company to stop its price from falling. This forced hedge funds to buy back shares in an attempt to cut their losses, further inflating the price.

The impact of all this activity on the GameStop stock price was extreme. Having been available for less than $5 in August 2020, the company's shares were selling for more than $340 towards the end of January 2021, having soared by 1,900% over the course of that month alone.

Following a leveling off in February, the price escalated again in March and, at the time of writing, remained 800% higher than at the end of 2020.

Far from being an isolated incident, the events surrounding GameStop could have lasting consequences for the financial services sector and could even shape the future of trading and investing.

One area of the industry that could feel some of the biggest effects of this episode is the FinTech segment.

A watershed moment for FinTech?

One of the key players in the GameStop story was Robinhood, an online trading app that says it's on a mission to "democratize finance for all" by offering products designed to help people trade at their own pace and on their own terms.

The frenzy of buying and selling of GameStop shares had some unexpected consequences for Robinhood, which responded to the unusual activity by increasing deposit requirements and halting trading of the stock while it raised additional capital.

This led to an angry reaction from users who felt they were being locked out of the market by a firm whose brand promise was to give everyone fair access to trading and investment opportunities. The company's rating on app stores was dragged down by one-star reviews, and one customer even filed a class-action lawsuit against the FinTech.

Writing in Forbes, Jennifer Tescher, founder and CEO of the Financial Health Network, a non-profit organization that seeks to "improve financial health for all", said this could serve as a wake-up call for the FinTech sector. She said FinTechs should see themselves as financial services providers, not just disruptors, and recognize that their customers "care more about the results than the packaging".

"FinTechs pride themselves on putting the customer at the center when designing products and building experiences, and relative to traditional banks they do this extremely well. But great UX doesn't guarantee great customer outcomes." - Jennifer Tescher

Tescher said the financial technology firms most likely to succeed in these changing times are those that prioritize transparency and are constantly measuring and improving their products to benefit customers.

The story isn't over

This David and Goliath tale could have ramifications in various areas, including regulation of financial markets.

In the immediate aftermath of the chaotic buying and selling in January, Massachusetts senator Elizabeth Warren, a member of the Senate Banking Committee, called on the Securities and Exchange Commission (SEC) to take action. She said the SEC should review its existing rules to "improve its enforcement capabilities" and address market manipulation.

It’s also been suggested that these events could be a sign of things to come in terms of retail investors having more control over trends in financial markets.

Campbell Harvey, a finance professor and researcher at Duke University's Fuqua School of Business, said the capacity for individual investors to move the markets had become "quite clear".

"For years, the retail investor has been marginalized and the market has been dominated by institutional investors. However, I think we've seen a change. The tide is going out and the power of the retail investor should not be underestimated. And we have seen that they can exercise substantial influence over prices." - Campbell Harvey

While the permanent consequences of the GameStop saga will take time to materialize, this was undeniably an event that all sorts of businesses - particularly FinTechs - should take lessons from. 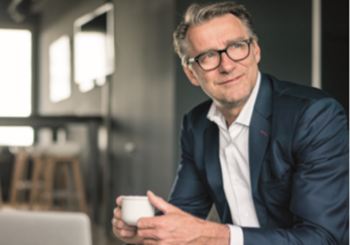