Reels has become one of the fastest-growing content formats on Facebook, but should marketers consider monetizing it? What’s more, Facebook has transitioned over the years from a simple sharing platform to a multifaceted venue, accommodating various media formats from their users. And in February 2022, Facebook Reels was added, one of their latest trending formats in the platform.

Reels has become one of the fastest-growing content formats on the platform. According to the data released by Meta’s planning tools, they revealed that the global audience for ads in Facebook Reels has jumped by almost 50% over the past three months.

Many professionals and businesses are jumping into this trend and creating Reels. But how do reels work?

In this article, we will teach you how you can monetize through Facebook reels.

In 2022, the video format was adopted in Facebook. Reels is focused to create videos for entertainment or a way to connect and get discovered by various users.

Usually, reels contain photos, videos or text posts that let users tell a story, showcase a product or feature different aspects of their business. Companies can add effects and music to reels to make them more entertaining or eye-catching to users.

Like Facebook Stories, Reels appear in tabs at the top of the news feed of users who follows you. They can also appear on the Reels tab of Instagram.

There are various ways a business can benefit from Facebook reels. It can help promote their brand, create a community or showcase their products. Likewise, businesses can also get a small amount of income from it. Here are five ways you can monetize your FB reels:

Businesses can also monetize their reels through Facebook Ads or Instream Overlay Ads. Facebook Reels Overlay Ads are available to pages from Mexico, Canada and the USA. Facebook ads can take the form of banner ads, semi-transparent overlay at the bottom of your reals.

It can also take the form of sticker ads, a static image ad that the reel’s creator can place. However, Facebook reel ads are only available to those with more than 10,000 followers. They have at least five videos with more than 600,000 views in the past 60 days.

Another excellent way to monetize your Reels is through fan subscriptions. Facebook introduced a fan subscription last 2020 to help other users patronize a creator’s work.

This scheme is similar to Patreon, a popular fan subscription platform. The idea behind this is that it enables page owners to make money if they have a large fan base that frequently watches and interacts with their content.

Subscribers will have a private group and access to content only accessible to paying fans. You can provide various content forms such as subscriber-only stickers, posts, votes, quizzes, behind-the-scenes, unique videos and more.

Meta has also introduced another way for businesses to monetize their Facebook reels. Business reels creators may also collaborate with well-known brands to market their products. The platform has introduced Brand Collabs Manager, a way for big companies to hire Facebook content creators to endorse their products and expand their reach.

Businesses and potential influencers alike can join this opportunity. The requirements for influencers to access said feature is as follows:

Another way to monetize your Facebook reels is by Facebook Stars. Facebook stars are another method that lets business content creators earn through their videos. Viewers can send stars to a content creator while watching their reels. In every star, the creator receives one cent from Meta.

Now that you know ways to monetize Facebook Reels, you can start posting your reels. Making reels can be an arduous and time-consuming process. You need to brainstorm, film and edit your videos.

There will be a time when you might feel like a massive waste of time, especially if you are not getting a lot of engagements. However, with enough persistence and patience, it will become fruitful.

SEO Specialist for Flexisource IT

Frances Abejuro is an SEO Specialist for Flexisource IT, a team of agile experts and certified professionals committed to improving traditional outsourcing practices based in Melbourne, Australia. How to Create a Facebook Strategy that Kicks Ass 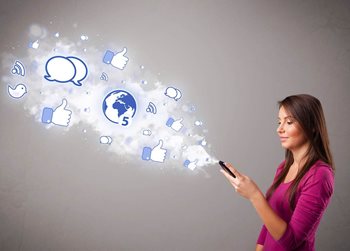 The Characteristics of a Great Social Campaign What GDPR Means for Your Social Strategies