3 Essential Tips for Working with Nano- and Micro-Influencers

Users have noticed that many photos and captions from the big social media accounts are starting to look similar, and influencer marketing is shifting gears to accommodate new audience preferences for fresh content. The past couple of years has seen a slow slide from highly staged content into an era of authenticity for brand strategy, which is why micro-influencers and nano-influencers are now some of the internet’s hottest brand partners. What makes them so attractive for digital marketing isn’t their follower numbers: it’s their engagement rates.

A study by analytics firm InfluencerDB found that while overall influencer engagement rates have decreased in 2019; influencers with 5,000 to 10,000 followers kept an engagement rate of 6.3%, while those with a following of 1,000 to 5,000 had the highest rate at 8.8%.

Smaller influencers have more time to engage with their community and get that back in return. Finding and nurturing a partnership with these types of accounts brings new, highly interested eyes to your social media profile. Here are three tips on how to do so:

You want to find influencers who not only operate in the same niche as your brand but also have similar values. They need to bring in the right audience you’ll be targeting. The first step is to do your research—and it will go much smoother if you aim to find social media users already invested in your brand.

Marketing software tools exist that generate influencer suggestions by scouring according to follower numbers and engagement rates. Using these tools streamlines the process significantly by showing you the hard numbers behind their success.

However, there’s also a low-cost way: find out who’s invested in your brand by checking your account’s follower list, mentions, and tagged posts. See who’s posting using your official branded hashtag and click on who you find interesting.

Once you have an inkling of who to contact, do a little more digging: what demographics are their audience? Where are they located? What resources do they have? It’s essential to figure out whether they can actually entice conversions.

Don’t let the element of surprise take over when contacting influencers—ease them in first. Building a relationship with influencers you want to work with in the future doesn’t begin at the start of your marketing campaign. Let them know you’re interested in them by following them and engaging with their posts, especially if they’ve posted about you before.

At Instasize, for example, we use a branded hashtag on our Instagram account and encourage our tool’s users to write it into their captions if they’ve used the software to edit their photos. User-generated content is known to be more appealing and authentic than traditional branded imagery. They act as testimonials and resharing them highlights users with the potential to become more than just a follower. When it’s time to take the next step, contact them directly via email or DM (direct message). It’s more professional and more likely to be considered.

Once you’ve chosen your influencer, have a frank discussion of the terms of the partnership. Here are a few do’s and don’ts to keep in mind as you move forward:

Have the agreement in writing and reach terms both of you are satisfied with. Now, all that’s left is for them to do their part.

After your campaign, analyze the engagement and cost of hiring. For better post-project analysis, create a solid project plan that clearly defines the goals and objectives. Planning ahead will help determine the success of the project. Check this against benchmarks: one study found nano-influencers cost only $83 per post compared to the $271 average, with micro-influencers earning only 30% more.

A good aim for working with smaller influencers? Find those you connect with and you can be there for the rest of their social media journey. That’s a true win-win: watch them grow, and your brand grows alongside them.

Denise Langenegger is part of the team at Instasize – a content creating tool kit for anyone editing photos and online content on mobile. 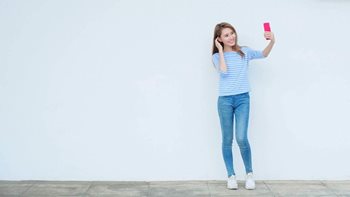 The Future of Influencer Marketing 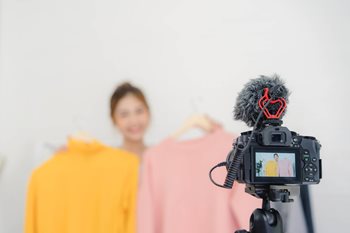