All Publicity is Good Publicity, Right? 6 of the Most Infamous PR Stunts

The best publicity stunts are disruptive but help brands to differentiate themselves from their competitors. When Oscar Wilde said that “there’s only one thing in life worse than being talked about, and that’s not being talked about” he didn’t know about the extreme lengths brands would go to in order to boost their publicity. There’s no way he could have foretold space equipment landing on a farm in rural Michigan after Samsung attempted to launch the first selfie into space.

In truth, advertising stunts are nearly always a bit of a gamble with a fine line between the best publicity stunts and those that are remembered for the wrong reasons. Here are some examples where the gamble paid off, but we can only imagine the looks on the faces at the meetings where these stunt ideas were first pitched.

1. Burger King - A Whopper of a Secret

At the end of 2019, Burger King shared a “confession” with its audience, stating it had placed a Big Mac burger from rivals McDonald’s behind every one of its Whoppers used for advertising throughout the year.

The reveal video then went on to show examples where the “other” burger was there in photo shoots, followed by the line “Such a shame you couldn’t see it”, demonstrating once and for all that its product is bigger than that of its competitor.

While the Burger King campaign was the culmination of a year’s build-up, some examples of good publicity are the result of quick thinking and immediate action. When amateur MMA fighter Tony Posnanski tweeted Vita Coco that "I would rather drink your social media persons piss than coconut water," he threw down a challenge. The response, a photo of Vita Coco’s social media representative Lane Rawlings holding a jar of urine and captioned “Address?” subsequently went viral.

Swiping right is the most recognizable element of dating app Tinder’s design, but it’s become associated with casual hook-ups. The brand launched a campaign to utilize the action for good when it partnered with an animal rescue organization to match singles up with dogs that needed adopting. Some 2,000 pets found new owners in the first week of the campaign and Tinder benefited from the association as being animal-loving.

Tapping into the hype surrounding the G7 summit, which was held in Cornwall in 2021, and the iconic image of Mount Rushmore, MusicMagpie had the monument recreated out of discarded electronics.

Featuring the faces of some of the high-profile leaders attending the event, including British Prime Minister Boris Johnson, American President Joe Biden and former German Chancellor Angela Merkel, the sculpture was positioned at Carbis Bay, not far from the summit. It highlighted how much of this type of waste is generated and the importance of recycling it.

When Dove launched its campaign for real beauty back in 2004, it was received as groundbreaking, as using women of all shapes and sizes to promote cosmetics was a direct challenge to the norm. Not only did it result in a 700% increase in sales for the brand, but it’s also helped move conventions forward in the industry. Dove continues to create marketing campaigns that have evolved from the initial disruptive idea, demonstrating how one gamble can change the public face of a brand.

The BBC created a buzz around the final series of its thriller Killing Eve by sending out boxes of chocolates to influencers and media personalities. The branded boxes are said to have been gifted by the murderous Villanelle, with one of the included truffles laced with poison. In reality, the chocolate delivers a fiery kick of chili and recipients are encouraged to share their experiences with the edible version of Russian roulette on TikTok. 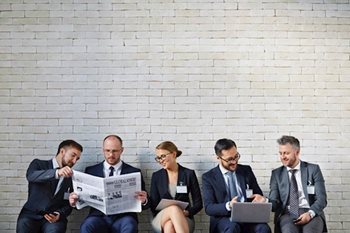 5 Simple Ways to Measure and Track Your Print Marketing ROI