It's vital for brands to innovate if they want to stay on top of their game, but sometimes even the biggest companies commit giant missteps that go down in consumer folklore under the category 'what were they thinking?'. Yet by examining these often-costly mistakes, marketers can learn vital lessons that could help their own product launches.

Let's take a look at five of the biggest ever product flops and their take-home messages for brands.

Pepsi and Coca-Cola had been major rivals for years, but the 'cola wars' started to really heat up in the mid-1970s when Pepsi began to stand out in taste tests.

Concerned about dwindling sales, Coke decided to reformulate the beverage to create a new product: 'New Coke'. It launched in 1985 - but there was soon trouble.

Buyers liked the idea of a fresh product, but not at the expense of their much-loved existing drink. There were boycotts and complaints in droves, culminating in Coke doing a U-turn to bring back the old formula.

The brand has never revealed how much the flop cost them, although $4 million was reportedly spent on product development.

What can you learn from New Coke?

Betamax was launched by electronics giant Sony in 1975 and was intended to be a revolution in home entertainment.

However, while its recording quality was indeed incredible, there was a huge problem: Betamax required two or even three tapes to capture an entire movie or football game. What's more, Sony failed to build relationships with the recording studios making the movies people would want to watch at home, so there weren't enough titles to purchase or rent.

When rival JVC came out with the video home system (VHS) in 1976, it shared its format and collaborated with other market stakeholders to produce greater convenience for consumers. Betamax struggled on amid dwindling sales until Sony admitted defeat in 1988 and axed it in favor of VHS. While Betamax focused on the mechanics, VHS kept in mind the outcome and the eventual benefits for the consumer.

What can you learn from Betamax?

Dasani may still be available in nations including the US, but its launch in the UK in 2004 is a case study of the perfect product flop. Consumers were outraged to discover the Coca-Cola-owned brand was actually purified mains water with added minerals that cost 3,000% more than the liquid that came out of their own faucets.

Even worse, the marketing department committed a serious translation failure when they revealed ads declaring Dasani was "bottled spunk". It might mean courage or vigor in the US, but in the UK it...doesn't.

The final straw came when tests on Dasani revealed it contained a cancer-causing mineral above legal limits that had somehow been added during the 'purification process'.

Coke withdrew thousands of bottles, but the damage was done and the drink eventually slunk off British shelves. Interestingly, although it continued in the US. The brand has recently become the subject of social media memes and suggesting it may contain additives.

What can you learn from Dasani?

Ben-Gay was already producing successful pain-relieving analgesic balms in the mid-1990s when the company had the idea of adding an aspirin-based pill to its product line-up. It figured the existing marketing network could be used, and consumers would surely welcome something new from a trusted brand.

But upon launch, shoppers stayed away from the tablets and sales were disappointing enough to be considered a huge flop. It turned out that Ben-Gay was so synonymous with a strong smell and warming sensation that consumers couldn't stomach swallowing aspirin that might be the same.

The product was ditched and Ben-Gay stuck to analgesic muscle rubs.

What can you learn from Ben-Gay Aspirin?

Apple launched the Newton in 1993, coining the term Personal Digital Assistant and aiming to take the world by storm with the first ever pocket computer. However, at $700 and with handwriting recognition so poor that it was ridiculed in a 1995 episode of The Simpsons, the Newton wasn't the success the brand hoped it would be.

Steve Jobs hated it, and when he took back control of Apple, he pulled the Newton and put his engineers to work on better technology for the future - a move that paid off more than 20 years later with the iPad.

The Newton was a good idea, but it was simply launched too early for technology to keep up with its lofty ambitions.

What can you learn from the Newton? 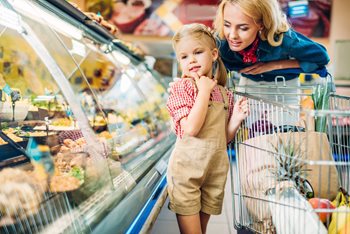 8 Packaging Tips to Help You Stand Out How to Create the Right Packaging for Your Brand 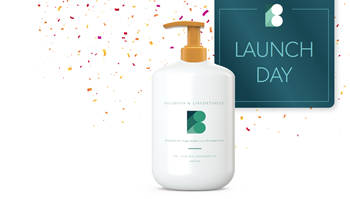