Whether you want more clicks or an increase in conversions, A/B testing can help you to reach your goals. Find out how to implement it here. As a marketer, you’re likely creating and running many social media campaigns. But did you know a change in a single headline, or call-to-action, or any other element in your ad can generate different and better results?

This is known as A/B testing – sometimes referred to as a split test.

Before we move ahead, keep in mind that A/B testing may not necessarily work for all campaigns, so it’s better to create different versions of the test (with a single change only) and measure performance continuously.

A/B testing is a form of test that allows you to make small variations in your campaign and determine which is more effective.

When applying A/B testing to your campaigns, you’ve to change only one variable and keep everything else the same.

For example, you want to check which content type yields better results – a video or an image.

So, you can run an ad with the A/B test.

One of your ads will contain an image and the other one will include a video keeping the caption and headline the same.

After running the ads, you can compare the results of the tests and continue with the ad which is providing better results.

To get conclusive results, you may have to repeat the procedure several times.

However, you’ve got to keep in mind that if you make more than one change in your A/B tests, then you won’t be able to track the results as you wouldn’t be able to know which variable is creating the differentiating factor.

Once you’ve picked up the best ad, then you can start focusing on other things, such as verifying a Facebook business page.

Generally, marketers get confused about where to introduce A/B tests in their campaign because a single variable can make a huge impact.

That’s why I’ve compiled a list of various tips that you can start executing on your social media campaign right away.

The content type is the most crucial element of your campaign because it’s the first thing that the audience sees.

Based on your goals, such as engagement, leads, etc., you’ve to decide whether to go ahead with an image or a video.

For your social media campaign, you can choose various content type formats as mentioned below.

However, you may prefer videos over images. Regardless, it’s important to test all the content types as results can differ as per your audience for each platform.

Once you’ve finalized the goal of your campaign, it’s easier to choose the content type, and you can optimize your ads and drive more conversions.

For the A/B testing, you can perform GIFs versus text with images, GIFs versus viral videos, change in length of videos, etc.

For example, AdEspresso ran a paid campaign with an A/B test in which they only changed the image and kept ad copy, headlines, and CTA the same.

They saw an amazing result as one of the campaigns gave a cost per conversion improvement of more than 100%. 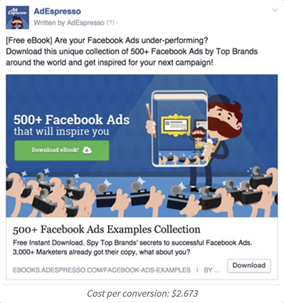 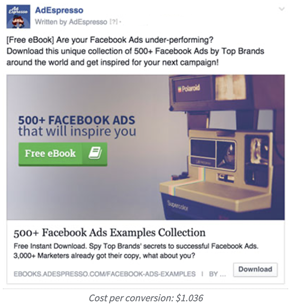 The most basic A/B test is a change in ad copy (or post text) of your campaign.

You can change various elements of your ad copy, including;

Changing in ad copy will also let you understand your audience preference, whether they like hard sell or soft approach.

For example, the New Yorker runs a campaign where they kept the image and CTA the same but changed the text. 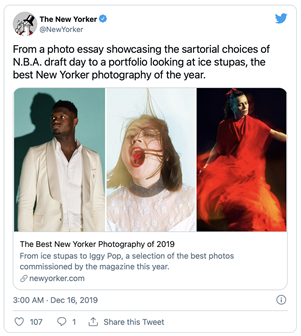 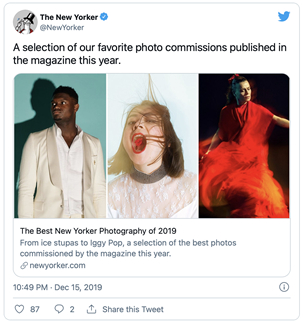 In the above example, you can see an increase in the text length boosted the number of impressions and likes.

After the visual content, headlines are one of the most important aspects of your campaign as they’re highly visible to the audience.

As discussed above, you can apply all same variations of your ad copy in headlines, such as length of headline, style, etc.

You can use Coschedule’s headline analyzer tool to check whether your headlines are good enough.

Whether it’s your social media campaign or a professional email, you should focus on the headlines to increase click-through rate (CTR).

By reviewing performance metrics regularly, you can figure out which headline carries the best results.

With various ad formats available on social media platforms, you can place your social media campaign according to your business goals. 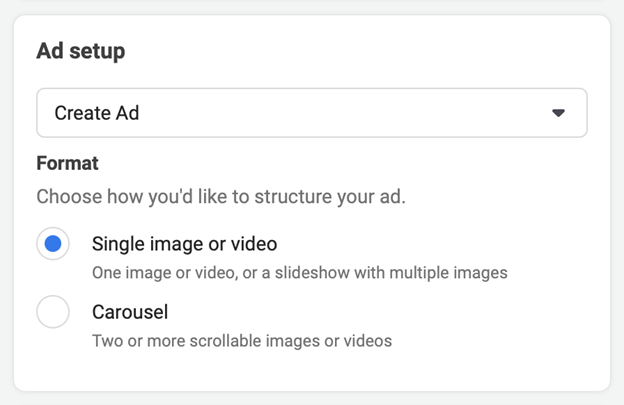 A single image can be used to promote a particular season offer while carousel ads can be used for various product announcements.

Try out different ad formats to check which one is more effective for your niche and audience.

You can also use advertising platform alternatives to Facebook.

For algorithms, hashtags are one of the important aspects of social media. Having a good set of hashtags can significantly increase your reach.

You may be using hashtags using different strategies, such as using your own branded hashtag or share user-generated content via a specific hashtag.

Using hashtags isn’t an advanced strategy, but finding the best hashtags for your campaign can be a bit challenging.

Because too many hashtags can annoy your audience, however, a specific amount can attract the same audience.

To conquer the above situation and finding the best hashtags, you need to A/B test the hashtags.

There are various ways that you can test hashtags, such as:

For example, let’s say you’re promoting a campaign for content marketing and you want to check which hashtags provide the greater reach. You can run an A/B test in which one campaign consists of #contentmarketing while the other campaign includes #content and #marketing. However, you can customize the test as per your niche and campaign goals.

An engaging campaign always ends with an appealing CTA. From subscribing to sharing your post, it could be anything.

A campaign without a CTA may confuse your audience as they won’t come to know what to do with the ad. That’s why your social media campaign should always contain a CTA.

However, your CTA must be attractive and it should entice your audience to take a conclusive decision.

You can use multiple variations in your CTA, including color, position, size, shape, and text.

Changing even a single text in your CTA can increase or decrease your conversion rate.

For example, let’s say you see a sponsored ad of a LinkedIn course with a CTA “Learn More” and you see the same ad with a different CTA, i.e., “Get Started Today.”

Which one is more engaging?

The second one, right?

That’s how wordplay in your CTA can make a difference in your social media campaign.

In the below image, you can see there’s only a change in the text of CTA, and everything is kept the same.

Above all the tests are directly visible to your audience, but this one is a bit different.

In this test, you won’t make changes in the ad; instead, you’ll show the same ad to different audiences.

Suppose you want to promote your social media services to startups as well as agencies.

Perhaps you’d like to see whether startups or agencies engage the most with your campaign.

At that time, you’ve to keep your ad the same and change the audience demographics.

If you’re considering Facebook Ads, then you get a lot of targeting options, such as gender, language, device, behavior, interest and many more. 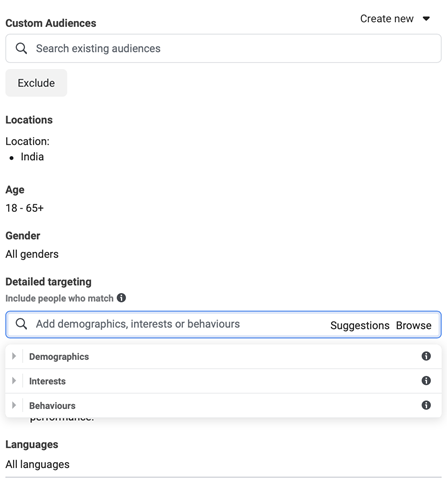 You can create different audiences and measure the results of your A/B test.

I’d recommend using the A/B test for the target audience when you’re using retargeting ads as these ads can increase the conversion ratio.

The possibilities with A/B tests are endless, so get started with one of your campaigns and optimize it by observing the results and keep testing.

Sumeet is a PR as well as Digital Marketing Strategist associated with UnboundB2B, who specializes in Email Marketing, Social Media Marketing, and Content Marketing. 5 Best Practices for Streamlining Your Personalization 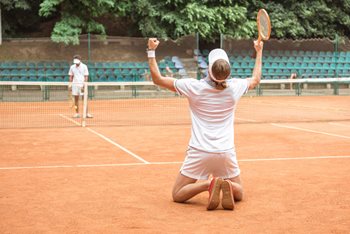 How Personalization Will Win More Customers Your Step-by-Step Guide for Creating a Humanized Personalization Strategy