Ray Dalio founded the world's largest hedge fund and is now one of the world's richest people. What lessons does he have to teach today's entrepreneurs? Ray Dalio founded Bridgewater Associates in 1985 and turned it into what is now the world's biggest hedge fund. He’s the 88th richest person in the world, with a net worth of more than $20 billion, according to Forbes.

As well as the phenomenal success he achieved in the world of hedge fund investment, Dalio is known for the ideas and principles he recommends to aspiring entrepreneurs.

So what advice does he have for anyone hoping to start a billion dollar business of their own?

Introduced at Bridgewater Associates in 1993, the concept of radical transparency was a fundamental ingredient in the company's success, according to Dalio. It advocates a culture of complete openness, in which managers and directors share all information about the business and every member of staff, from the CEO to the most junior team member, is encouraged to speak directly and honestly to their colleagues.

Dalio said the success of his business was driven by people who thought independently and were willing to disagree with each other.

"The most important things I want are meaningful work and meaningful relationships. And I believe that the way to get those is through radical truth and radical transparency. In order to be successful, we have to have independent thinkers - so independent that they'll bet against the consensus. You have to put your honest thoughts on the table." - Ray Dalio

To get positive results from radical transparency, every member of the workforce must be prepared to accept criticism and respond to it in a positive way.

At the heart of radical transparency is the idea that all conversations should be completely open and candid. That means all members of the organization are expected to share frank views and assessments with one another, regardless of whether they're positive or negative.

For many businesses, this will represent a big departure from how they're used to working. But if everyone gets on board with the approach, it can lead to stronger working relationships and a company culture that rewards honesty and integrity.

In a true idea meritocracy, "the best ideas win", as Dalio explored in a TED talk he gave in 2017. If you're able to build a culture and a working environment where people feel confident enough to speak their minds and make bold suggestions, it could lead to the sort of innovation that's needed to ensure you keep evolving and seizing new opportunities.

Ideas can become truly powerful when they're open to the honest input and feedback of the entire organization, as espoused by the principle of radical transparency.

During an 'Ask me anything' question and answer session on Reddit, Dalio argued that businesses become great when people are empowered to think for themselves and are truly devoted to their company's mission.

When he was asked what advice he would give to a 20-something entrepreneur hoping to succeed in business, Dalio said it's important to be able to think for yourself, but also to admit that "you know virtually nothing".

If you're willing to accept that there are always new things to learn - even in areas where you already have a lot of knowledge and experience - you'll be more open to fresh thinking and insights that create new avenues for the business to explore.

Simplicity is a crucial concept that lies at the heart of many of Dalio's principles for entrepreneurial success. He advocates the belief that, while anyone has the ability to complicate matters and put obstacles in the way of progress (particularly in business), it "takes a genius" to make things simple.

There are many instances where boiling potentially complex ideas down to their simplest form can deliver big benefits. When you're talking to a prospective client, for example, a concise and accessible pitch is likely to yield better results than a barrage of detail or technical jargon.

Dalio's success in business has shown that a simple, no-nonsense approach that promotes transparency and the free sharing of ideas can give rise to innovative, resilient and profitable enterprises. 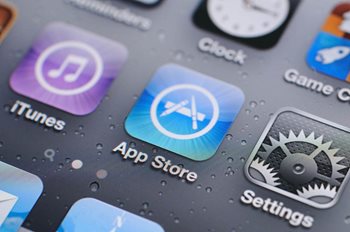 The 5 Best iPhone Apps for Entrepreneurs 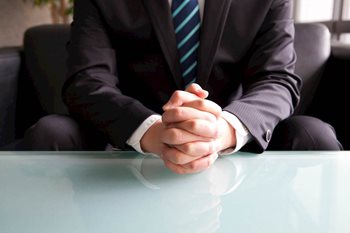