Oprah Winfrey is a self-made billionaire and her business empire has made her one of the most successful entrepreneurs of her generation, but what can business owners learn from her?

Born to a teenage mother and having an impoverished childhood in rural Mississippi, Oprah Winfrey has become one of the most successful entrepreneurs of her generation. She has managed to build a business empire through her pioneering TV chat show, books, and her own TV network.

Today she has an estimated net worth of $3.1 billion and, especially because of her humble beginnings, is an inspiration to many budding entrepreneurs. Winfrey has overcome a number of challenges to get to where she is today, and there are lessons from her experience that you can take to help you in your own business venture.

1. Be prepared for your big break

Winfrey has admitted that she was extremely lucky to get into the entertainment industry. She was working as a local news co-host when a major station WLS in Chicago came across a reel of Winfrey's work and was impressed with what they saw. The 20-something was then asked to audition for a cooking show for AM Chicago, which soon saw her outperform her rivals.

I feel that luck is preparation meeting opportunity.

Winfrey had no experience in cooking shows but working hard on local news gave her enough confidence to go for the job. Of course, your big break may not be quite as substantial but you need to have the experience behind you to be able to make the most of opportunities when they arise. Whether this is learning as much as you can while you're in your current role or actually launching a startup, it's important that what you are doing now is preparing you for your bigger goal.

Taking a leap of faith is very different from being stupid. Winfrey understood that taking the cooking show job was a risk but felt it was justified by the potential gain. She has since taken many risks to build her media empire up from the ground, each of which has helped it become the billion-dollar success it is.

I believe that one of life's greatest risks is never daring to risk.

Taking these chances allow entrepreneurs to make the most of the opportunities that come their way but it's important to know the difference between calculated risks and blind ones. It's all about weighing up the potential dangers and benefits of each situation and deciding what the best course of action is.

3. Failure is just a stepping stone

There are few business people who have not had their fair share of rejections. From publishers turning down J.K. Rowling's Harry Potter books to Walt Disney being sacked for his ‘lack of imagination', a door being closed in your face isn't the end of your journey. This is something that Winfrey has preached throughout her time in entertainment after being turned down by ABC only to realize this was an opportunity to work outside of local TV.

Think like a queen. A queen is not afraid to fail. Failure is another steppingstone to greatness.

Being able to pick yourself up from rejection and see these small setbacks as a step in your journey to success is a key part of becoming one. Not experiencing any failures probably means you're not pushing yourself enough and you'll soon stagnate, which is much worse than rejection. Winfrey encourages budding entrepreneurs to fall down and turn their "wounds into wisdom". 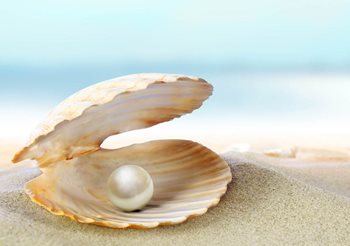