Jeff Bezos didn’t become the richest person in the world without a lot of hard work and wisdom; here’s what you can learn from his experiences. With an estimated net worth of $107 billion, Jeff Bezos is officially the richest person on the planet. As the founder of Amazon - the second company ever to be valued by Wall Street at $1 trillion, after Apple - it should be clear that he didn’t become wealthy through luck. Bezos has spent years growing his company into one of the biggest in the world.

While most small business owners are a long way off reaching the heights of Amazon, there’s still a lot you can learn from Jeff Bezos and how he chooses to work. Here are some of the lessons that can be taken from his life:

Every year since 1997, Bezos has sent out letters to Amazon’s shareholders to articulate his vision for the company. While all of them are worth reading to get an idea of why Amazon works so well, 2016’s had an illuminating piece of advice:

The thing Bezos aims to avoid at all costs with Amazon is complacency. Think about it; on the first day of a project, you’re likely to be enthusiastic, creative, and eager to get things going. That’s the kind of energy you should have all the time, rather than settling down into ‘day 2’ where everything becomes familiar and boring.

Always look for the root cause of problems

Speaking to an audience in New York, Bezos said:

This might seem fatalistic, but what he meant was that if your customers are calling you and reporting problems then it’s a sign there’s something wrong. You should be aiming for your users to never need to talk to you.

To achieve this, you need to focus on fixing the root cause of problems. If a customer calls to complain that one of their products was delivered late, it’s not enough to simply apologize. You need to look into why it happened in the first place and fix the issue so it doesn’t occur again.

In a Wall Street Journal interview, Bezos revealed a number of things about his life and work. One of those is that he’s not a fan of pulling an all-night shift, preferring to get eight hours’ sleep. That’s because he needs to make good decisions, and in this regard quality is preferable to quantity.

“If I have three good decisions a day, that’s enough,” said Bezos. “They should just be as high-quality as I can make them.”

This is good advice for all business owners, no matter how small. Focus on the quality of your decisions rather than running at high speed and being more likely to make mistakes. 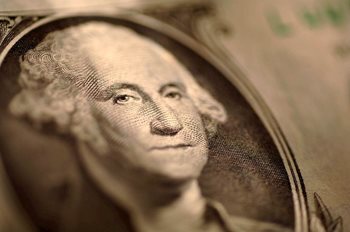