How to Grow Your Business Like Satya Nadella, CEO of Microsoft

Satya Nadella is one of the most successful CEOs in the world, and his actions have seen Microsoft grow astronomically. So what can you learn from his achievements? There are few success stories in business quite like that of Satya Nadella. After taking on the position of CEO of Microsoft back in 2014, Nadella has seen his company’s share price quadruple and its revenue increase by over $35 billion per year. In its most recent financial quarter, the firm made a net income of over $10 billion.

Yet back when Nadella took over, Microsoft didn’t look like the titan it is now. The company’s heyday in the '90s was over, and the firm’s fortune seemed to have stagnated. However, Nadella was able to move the company forward and massively expand its growth. It’s therefore little wonder why he was named the fifth greatest leader in the world.

If you’re a small business owner, you might be wondering how you can replicate success like Nadella’s? The Microsoft CEO's plans have never been shrouded in secrecy, and it’s clear that his triumphant performance can be accounted for by a few major decisions. Here are four of the top things you can learn from him:

When your business becomes worth $100,000, will you celebrate? Maybe you’ve already got there. If so, how about when it becomes worth $1 million? $1 billion? Well, last November Microsoft became the most valuable company in the world, and in April it became just the third company in history to surpass a market cap of $1 trillion.

However, do you know who didn’t celebrate? Satya Nadella.

“I would be disgusted if somebody ever celebrated our market cap.” - Satya Nadella, talking to Bloomberg Businessweek

He claimed that the $1 trillion valuation wasn’t meaningful, and added that celebrating it would be “the beginning of the end” for Microsoft.

Why was Nadella so unenthusiastic about his company’s value? Because he never wants to be satisfied with success. Just because Microsoft hit $1 trillion doesn’t mean its job is done, and rather than aiming for arbitrary milestones, it’s better to focus on continuous growth and success. This is as true for Microsoft as it is for any business.

2. It’s not too late to change

When Nadella took over at Microsoft, he was taking charge of a particular company culture. The business was known for its competitiveness, both with rival firms and between employees and teams within the company. This, as you can probably imagine, was very firmly entrenched, but that didn’t stop Nadella from doing everything he could to change it for the better.

The CEO prevented teams from being at each other’s throats, and worked to foster a spirit of cooperation within the business. At the same time, he also changed Microsoft’s long-standing policy of refusing to work with competitors, putting customers first instead of working too hard to further Microsoft’s corporate interests.

This is proof that, no matter how far a business comes, it is never too late to implement huge change. Microsoft employs around 144,000 people, yet Nadella was still able to transform his company’s culture for the better. Even if you feel like your business is stuck where it is, there’s still time for you to turn it around; especially if doing so is a path that will lead to growth.

3. Look beyond your products

As a small business owner, it can be tempting to think of yourself in terms of the products you produce, or the services you deliver. This can be good for initial growth, but as time goes on it’s a good idea to look at the bigger picture: what does your business actually provide for people?

This might seem like a pointless question, but it was key to how Nadella pivoted Microsoft after taking over as CEO.

“How are we enabling the modern workplace? It’s not just about Office or Office 365.” - Satya Nadella, on a McKinsey podcast

Although these are some of Microsoft’s key products, the company was providing much more to its customers, they were creating a purpose.

“We have to deliver to companies the ability to empower their employees so that modern work can happen, they can collaborate, they can communicate in new ways, and companies can get more out of their people.”- Satya Nadella, on a McKinsey podcast

By focusing on this aspect rather than the products, he was able to get a much better idea of what Microsoft needed to do to grow.

4. Move with the times

In 2014, when Nadella took over, Microsoft was mainly known as the company behind the Windows operating system. However, in his first public address, he talked about the world being about the cloud and mobile devices, and didn’t mention Windows at all, despite the central role the software had played in the company’s prior success.

This is because the CEO had recognized that the world of tech was leaving Microsoft behind. Take mobile phones, for instance. At the end of 2013, the Windows Phone was in a stronger position than in the previous year, but it still only had a market share of 3%. Nadella recognized that there was no point coming in such a distant third place behind Android and iOS.

However, there was money to be made in getting Windows-owned apps onto devices that ran those operating systems. Rather than playing catch-up to the firm’s rivals, Nadella made Microsoft into a proactive business that looked at what the future was likely to be and changed its offering to fit. 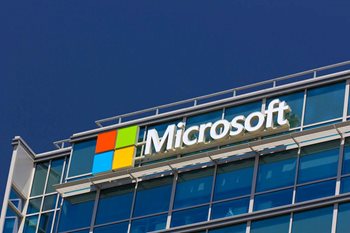 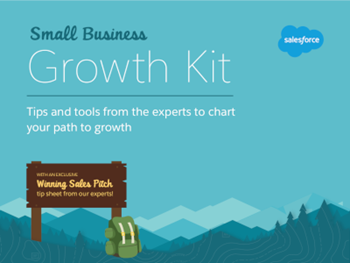 A Manufacturer’s Guide to Growing Profitably 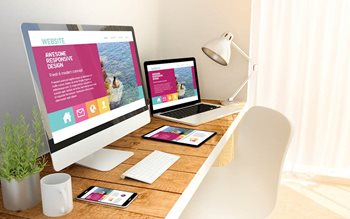