Automation and manufacturing go hand in hand today. However, as Industry 4.0 grows, some manufacturers are realizing that conventional approaches to automation aren’t the best path forward, and the sector is starting to shift towards augmentation technology instead. Open augmentation technologies could transform manufacturing the way rigid robotics have in decades past. If manufacturers want to make the most of this technology, though, they must first understand what it is and what it has to offer.

In its simplest form, augmentation technology is anything that enhances human capabilities. That could be something as simple as a hammer or other hand tool, but in most contexts today, it refers to more complex systems.

It may be easiest to understand modern augmentation by comparing it to automation. While the two aren’t mutually exclusive, many current examples of automation replace human work, whereas augmentative systems complement it.

Automation’s biggest proponents often claim it will create more jobs than it takes, but augmentation goes a step further and focuses on transforming jobs rather than creating new ones to replace displaced positions.

Traditional approaches to robotics often focus on automation’s advantages over human workers. Augmentation considers how humans and robots have different skills and weaknesses. It realizes that one isn’t necessarily better than the other. By using them together, they can overcome their shortcomings and maximize their benefits.

What is open augmentation?

Open augmentation takes this technology one step further. While many high-tech solutions today – especially automated systems – are purpose-built and have specific use cases, open alternatives are versatile by design.

These tools offer plug-and-play usage, letting manufacturers implement them quickly and in virtually any context. To do that, they feature a wider range of functions or more general-purpose features, support multiple connectivity standards, and use low-code or no-code programming to make them more user-friendly.

This personalization helps facilities fine-tune their Industry 4.0 technologies to their specific needs. In the context of augmentation, it lets them tailor systems to their unique workforce to make the most of both human and machine capabilities.

Open augmentation technology has many advantages over both human-only workflows and conventional automation. Here are some of the most significant benefits for industrial workplaces today.

Like automation as a whole, augmentation tech promises to mitigate the labor shortages that plague many modern manufacturers. One survey estimates that the U.S. manufacturing industry will have 2.1 million unfilled positions by 2030, leaving facilities without enough workers to meet demand. Augmentation helps by boosting the productivity of the workforce they do have.

All automation helps address labor shortages because it lets facilities produce more with fewer workers. However, conventional robotics that replaces jobs instead of supporting them requires workforce reskilling to enable long-term growth. The aforementioned study also found that just 10% of manufacturers are ready to reskill, limiting traditional automation’s efficacy.

Because augmentation allows humans to do what they’re best at, it requires less reskilling. Assigning different roles to robots and workers to make the most of both maximizes productivity on both sides.

Augmentation technologies also improve the quality of work for both humans and machines. Automation eliminates human error from manufacturing processes, but it comes with shortcomings of its own. Augmentation helps minimize mistakes on all sides by using each to complement the other.

Automated tools are typically better at repetitive or data-heavy tasks but struggle with nuance or inconsistent workflows. Human employees often have the opposite skill set. Consequently, by designing workflows to use workers and machines where they’re most adept, manufacturers can produce the most substantial improvement.

With fewer repetitive, non-engaging tasks to worry about, workers can focus more time and energy on what they’re best at. Similarly, automated tools can deliver their full efficiency and consistency when they have humans to handle the less predictable, more nuanced parts of the workflow.

When automation and human workforces work together, human flexibility complements robotic efficiency. Manufacturers can then boost their output while ensuring any unforeseen disruptions don’t cause lengthy downtime or errors.

In an augmented workflow, automation handles the most time-sensitive and high-precision tasks, which are often what workers find the most stressful. Employees will then have more time and energy to spend on other, more engaging work.

By letting employees focus on what they’re most comfortable with and skilled at, manufacturers can boost workplace morale. Automating highly repetitive work will similarly improve safety by avoiding repetitive strain injuries. These improvements, in turn, can increase productivity and reduce turnover.

While conventional automation can achieve some of these same benefits to an extent, it’s disruptive. Robots are expensive, difficult to implement, and often require close monitoring and frequent adjusting in the beginning. In contrast, open augmentation lets manufacturers experience automation’s benefits with minimal disruption.

The ultimate goal of augmentation is to maximize human potential, but it also maximizes that of automation. Without a human touch, automated systems will struggle to deliver on their vast promises, especially without initial disruption. Open augmentation technologies minimize these concerns.

Augmentation technology is the next step in automation

Traditional automation was a revolutionary step forward when it emerged. Now, as technologies advance and manufacturing demands rise, the industry must change again. Augmentation is the natural next step.

Open augmentation technology lets manufacturers make the most of all their resources, both human and mechanical. When that happens, the sector can reach new levels of efficiency, safety, resiliency and engagement.

Emily is a tech and industrial journalist with over four years of experience writing articles for the industrial sector. She’s Editor-in-Chief of Revolutionized, an online publication exploring innovations in manufacturing, technology and science. 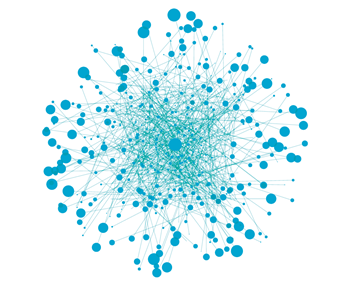 The Robots are Ready. Are You? by Deloitte 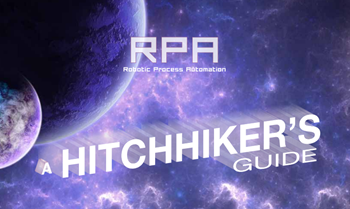 A Hitchhiker’s Guide to Robotic Process Automation by Extra Technology 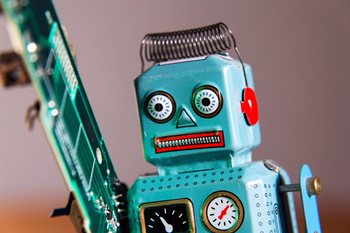 How to Successfully Deploy RPA in Your Business 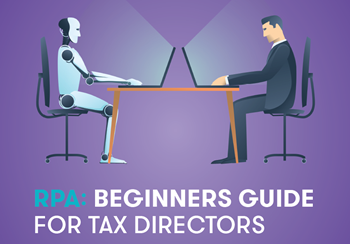