Amazon claims Sidewalk will benefit consumers by helping their devices work better, but their new feature has raised concerns around privacy and security. On June 8th, Amazon Sidewalk was automatically activated on a range of connected devices and products like Echo smart speakers, Ring security cameras and Tile trackers, without any request for customer consent. And while this went unnoticed by many users, it could have significant implications in terms of privacy and security.

The tech giant says it will benefit consumers by helping these devices work better, but are there broader issues individuals and businesses might need to be aware of?

What is Amazon Sidewalk?

Amazon describes Sidewalk as a shared network that improves the functionality of connected devices by effectively linking them to one another.

It works by forming a network between these 'bridge' devices, each of which uses a small portion of individual users' internet bandwidth. This capacity is pooled together and shared across all Sidewalk devices within a local area, meaning the network becomes stronger as more people participate.

Each Sidewalk connection is capped at a rate of 80 Kbps and monthly traffic isn’t permitted to exceed 500 MB - less than the amount required to download a standard-definition film. However, it's important to note that, while relatively small, this internet consumption is paid for by the customer, not Amazon.

The company launched Sidewalk without asking users if they wanted to opt in, instead choosing to activate the function and give people the option to opt out via their Ring or Alexa mobile app settings.

Why does it exist?

Amazon says the purpose of Sidewalk is to support the reliability and functionality of its products by making it easier for connected devices to maintain a consistent connection, even if individual Wi-Fi networks go offline.

If a customer's Echo speaker were to lose connection to their home broadband, for example, connection to Sidewalk would allow it to stay online by temporarily 'borrowing' bandwidth from the shared network.

Furthermore, the technology could extend the working range of tools such as smart lights, pet locators and smart locks by linking them to a broader network and making it easier for them to stay connected.

Looking to the future, Amazon said it will "support a range of experiences… using Sidewalk-enabled devices, such as smart security and lighting and diagnostics for appliances and tools".

But despite all the benefits touted by the company, there are significant concerns around the Sidewalk rollout, particularly with regards to data privacy and security.

As far as security is concerned, Amazon has said the data passing through Sidewalk networks will be protected by three layers of encryption. This should ensure that no outside party - whether it's Amazon itself or the people sharing their internet bandwidth - are able to access this information unlawfully.

Patrick Moorhead, a tech industry analyst, told the Washington Post triple-encryption certainly offers a high level of protection against hacking. However, he also stressed that it's never possible to share data across a network with zero risk, since there's no such thing as an infallible system.

There have also been questions asked about what the Sidewalk rollout could mean in the wider context of civil liberties and freedoms.

The Washington Post's technology columnist Geoffrey A Fowler pointed out that the project could extend the reach of Amazon's Ring security cameras by allowing them to be placed in locations that weren't possible before. Last year, US police forces made more than 20,000 requests for footage taken by Ring cameras and other home security devices.

Matthew Guariglia, a policy analyst at the Electronic Frontier Foundation, told the newspaper initiatives such as this are "slowly eliminating the notion of ‘off-the-grid'". He said it's no longer possible to make a distinction between public and private surveillance.

Another criticism that has been aimed at Amazon regarding Sidewalk is the fact that it was introduced without express customer consent, and the onus is on users to opt out if they don't want their devices to be part of the network.

The ecommerce giant insists its focus is on making its products work better, but for tech industry analysts and those concerned about the influence of big business on every aspect of modern life, the wider significance of Amazon Sidewalk will be difficult to ignore. Why IoT Security Needs to Be in Your Threat Management Strategy Getting Started with IoT in the Enterprise 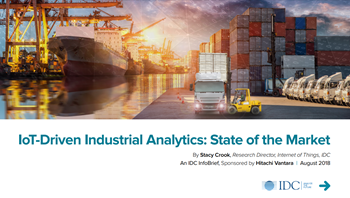 Transforming Cybersecurity Strategy for the Age of IoT