Has the Landscape Shifted for CIOs and Digital Transformation?

CIOs have been gaining influence in the boardroom for some time, but 2020 has made the IT department and digital transformation more vital than ever.

The CIO is rapidly becoming a central figure on the boards of many companies. With an increasing recognition among executives of the importance of digital transformation, IT departments are no longer seen as merely service providers or cost centers.

Instead, they’re at the heart of the company’s overall business strategy. And as more of the world moves to digital services, this importance is only set to increase in the coming years.

The events of 2020 have hugely accelerated this push to digital, with even the most laggard businesses having to commit to digital transformations faster than they would have expected.

So how has 2020 changed the landscape for the CIO, and what does the future hold for the IT department?

A more strategic role for the CIO

Even before the impact of COVID-19 changed the way many companies do business, CIOs were already set to take on a more strategic role.

For instance, IDG revealed that two-thirds of executives (67%) now have the creation of revenue-generating initiatives among their job responsibilities. What's more, 39% of CEOs said leading digital transformation projects is a top priority for their IT leaders.

This placed strategic transformations ahead of more tactical activities such as upgrading IT and security systems to improve resilience or employee productivity.

Overall, 95% of CIOs reported their role is expanding to incorporate new responsibilities. While many CIOs have been undertaking leadership and innovation roles for many years, what was changing in 2020 was the "growing recognition among executives and line of business colleagues" of the importance of the CIO's expertise when it comes to driving revenue growth.

If the role of the CIO was already becoming more important at the start of 2020, the events of the next few months would propel these professionals even further into the limelight. The impact of the COVID-19 pandemic has led to major changes in the way many of us work, with some companies having to quickly retool their entire business strategy in order to keep operating productively.

The result of this is many organizations have become more dependent on digital services than ever before, which has greatly increased the pace of many transformation projects. Twilio found that COVID-19 accelerated a firm's digital communication strategies by around six years.

For example, 96% of UK enterprise decision makers stated that the pandemic sped up their digital transformation plans, with 66% of these saying it did so by "a great deal".

This was backed up by McKinsey, which found there was also a major impact on how businesses connected with customers. It noted that in December 2019, around a third of customer interactions around the globe (36%) were digital. However, by July 2020, this had leapt up to 58%.

The key factors shaking up the IT department

One of the biggest changes IT departments have had to deal with is a huge increase in remote working. This has led to a demand for communications tools such as video conferencing equipment and infrastructure, and cloud-based software that can be easily accessed by employees working from home.

For example, Microsoft Teams reported its number of active daily users had grown from 44 million in mid-March 2020 to 115 million by October.

Other major changes include heightened demand from customers for online purchases or services, which will require new networking and website solutions and greater connectivity with other parts of the business, such as supply chains and warehousing operations.

What's been especially remarkable is the pace at which these changes have been rolled out. McKinsey highlighted that CIOs would normally expect it to take 454 days to implement tools to support increased remote working and collaboration. However, under the pressures of 2020, such solutions were up and running in just 10.5 days - more than 43 times faster than anticipated.

What next for the CIO?

The last 12 months have shown how the IT department and digital transformation is capable of moving very quickly to respond to unexpected changes or new customer demands, and many of the new initiatives are expected to remain in place for the long term.

For example, remote working is here to stay. Many people have found that previous worries that this would lead to a hit in productivity haven’t come to pass and the advantages - such as less time and money spent commuting - outweigh any downsides.

More than half of businesses (54%) expect this to become a permanent change, so IT departments will have to take steps to support this, while ensuring office and home-based staff are able to communicate and collaborate effectively.

Other long-term trends to come out of 2020 include changing customer expectations, which 62% of firms believe is here to stay, more migration of assets to the cloud (54%) and increased spending on data security (53%).

As a result, technology and the CIO will be even more at the heart of firms' strategies moving forward. Digitalization is now an essential, not a nice-to-have, so these professionals will have to be ready to respond to this new landscape and take up a leading role in the boardroom to make sure their enterprise is fit for the future. 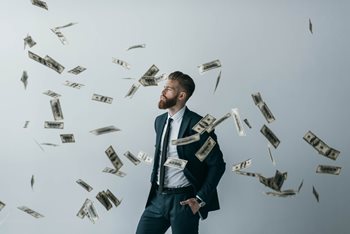 How Much is Tech Talent Now Worth? How Do Your Investment Priorities Compare with CIOs Worldwide? 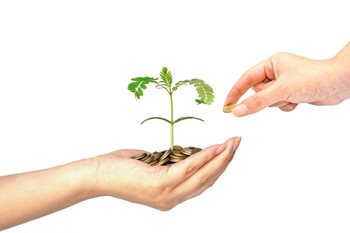 How Good IT Leadership Can Improve Profitability