Boomerang Employees: What to Do If Staff Who Quit Want Their Jobs Back

It pays to be prepared for some of the more unusual situations you could face as an HR manager, such as former employees coming to you to ask for their old jobs back. COVID-19 gave rise to a range of consequences for HR and the world of work, including the phenomenon dubbed the 'Great Resignation'.

This term was coined by Anthony Klotz, Associate Professor of Management at Texas A&M University, as part of a prediction that the number of people leaving their jobs would increase as the worst effects of the pandemic abated and businesses slowly returned to normal operations.

The data appears to back this up. In the US, for example, a record 4.5 million workers quit their jobs in November 2021, up from 4.2 million in October.

Research by Microsoft found that approximately 40% of all employees worldwide - and 54% of those belonging to Generation Z - were thinking about resigning last year.

Staff turnover is a big concern for many businesses, so it's important to think about what this trend could mean for you. One specific scenario you should be ready to deal with is employees leaving, but then contacting you a few months down the line to ask for their old jobs back.

This is something that could become increasingly common in 2022 and beyond, according to the academic that helped bring the term 'Great Resignation' into common parlance.

Professor Klotz told Wired the wave of boomerang employment will build up "pretty quickly" and will continue for the next five years. He highlighted various reasons for this, including the mental impact of the pandemic, which left many people thinking about their personal and professional ambitions.

Employees who quit their jobs to pursue other career paths may have realized they were better off in their previous role, especially if their former employer has since made positive changes to reflect the 'new normal', such as allowing flexible and remote working.

Your company could also have received resignations from people who simply wanted to take some time off and focus on their personal wellbeing in response to the stress and anxiety caused by the pandemic. When these individuals feel ready to make a return to the world of work, you could be their first port of call.

Make sure you're prepared for this with a dedicated plan that will help you make the right decisions for the business while ensuring everyone receives fair treatment.

Consider each case on its own merits

Every employee and every job is unique, so it's important to tailor your approach to each case. One particular point you'll want to consider when it comes to rehiring former members of staff is the benefits they can bring.

People who have worked for the company before will already have a certain level of familiarity with concepts such as:

This existing knowledge will make the onboarding process much easier and will also reduce the need for training to get them up to speed.

Furthermore, your familiarity with past employees will also give you confidence in assessing them and mitigate some of the 'bad hire' risks that always need to be considered in recruitment.

However, it's also important to avoid assumptions that a former worker will integrate smoothly back into the workforce and, most significantly, will be a productive employee.

Make sure you ask questions such as:

Another crucial priority to bear in mind is the need to treat your existing employees fairly and not disadvantage people who have shown loyalty and delivered positive results for the business.

This could be particularly significant if boomerang employees are asking for a higher salary or better perks to return to their old job. Think about how granting these requests could look to long-term staff who have stuck with you and been on the same pay and benefits for a long time.

You should also think carefully about how you treat new recruits who were brought in after the previous employee left. If new workers have done well so far, it's unfair - not to mention legally questionable - to dismiss them just because the former occupant of the role wants their old job back. 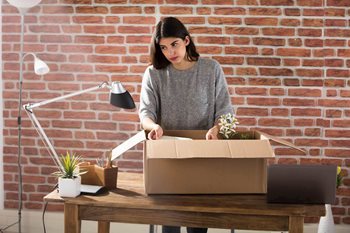 How to Manage Employee Termination in the US 7 Telltale Signs an Employee is About to Quit 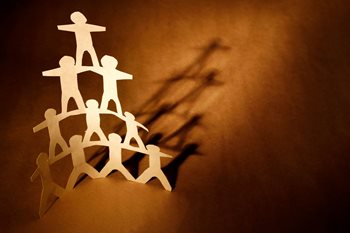 How to Support Staff and Managers Through Redundancies