Making a counteroffer is a common strategy for employers that don't want to lose their most valuable employees to competitors, but does this approach really deliver results? Capable, reliable employees are always crucial to business success, but have a particularly important role to play when you're facing difficult market conditions or the company is going through a period of change or expansion.

Staff retention should therefore be a priority for all employers. If you fail to keep hold of your most valuable workers, you're at risk of suffering the worst effects of skills shortages. It’s  been estimated that a lack of people with the right expertise to fill available roles could result in $8.5 trillion in unrealized annual revenues for businesses by 2030.

So what can you do to keep hold of your top talent? One common tactic is the counteroffer, which involves proposing an improved salary or benefits package to retain an employee who has been approached   by another organization.

Here are some factors to consider before making a decision on whether this is the right approach for you.

It may not be a long-term solution

One important question to ask is whether a pay rise or a more attractive benefits package will be enough to keep the employee with you for the long term. Could the issues that led to their head being turned in the first place surface again in the near future?

Research has indicated that eight out of ten workers who accept a counteroffer from their current employer end up leaving within six months anyway, while nine out of ten move on within a year.

Respondents to a survey by executive search firm Heidrick & Struggles estimated that counteroffers work out well in only 5% to 25% of cases.

As noted by Jenny McCauley, senior vice-president of administration at Southwestern Energy, someone who has already expressed a desire to leave is unlikely to stay with you for the long term.

Concerns for the employee

An employee who has considered leaving and received a counteroffer might be reluctant to accept it due to concerns over how they could be perceived by their managers and colleagues.

When participants in the Heidrick & Struggles study were asked to identify all the possible negative consequences of someone taking a counteroffer, nearly 80% of senior executives and 60% of HR leaders said the employee could lose trust and have their reputation compromised among executives and board members in their current company.

Furthermore, 71% of executives and 67% of HR managers said senior figures in the business might question the employee's loyalty in the future.

Fears over these negative consequences could reduce the likelihood of individual workers accepting counteroffers. Moreover, workforce managers need to weigh up the benefits and drawbacks of retaining someone who might have already lost trust by expressing a desire to leave.

Even if a counteroffer is successful and you manage to keep the employee on board, there could be broader repercussions for the workforce and the entire business that you need to consider.

Nearly four out of ten hiring managers (37%) have said extending counteroffers sets a bad precedent. Trust issues (34%) and a negative impact on employee morale (30%) are other common concerns.

58% of HR decision-makers have expressed the opinion that anyone can be replaced, raising the question of whether you should risk the potential negative consequences of retaining someone via a counteroffer or make a fresh start with a new employee who really wants to work for you.

"If an employee decides to stay after a counteroffer is presented, it becomes a double-edged sword because the employer will then question the employee's overall commitment and loyalty. Further, it sends the wrong message where others may believe that an employee was rewarded for threatening to leave in order to receive what they wanted. This can lead to groupthink on the issue that results in further resentment for the team."- Tony Butler-Sims, Vice President of talent engagement and culture at CNFA.

Proposing a counteroffer can be an effective way to retain talent and avoid the costs of recruiting new staff. Before taking this approach, it's important to consider possible unintended repercussions, such as the impact it may have on the wider workforce.

Moreover, it's worth asking how much you're willing to invest in an employee who might not be willing to make a long-term commitment to the company. 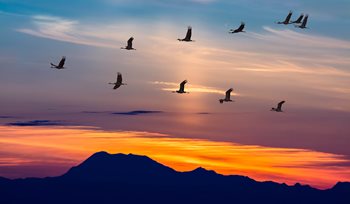 What Are Flight-Risk Employees and How Do You Spot Them? 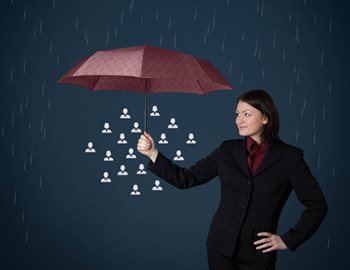 How HR Can Reduce Employee Turnover