Predicting the Future of the Working World

Technology is both an exciting and frightening thing. On one hand it simplifies, organizes and increases productivity within our working lives but also casts a shadow looming large over the future of our jobs. The rate of current technological development suggests that automation and artificial intelligence will play an ever-increasing role in society, with employers and employees both alert to the benefits and problems it may create.

It’s not just technological development which threatens to impact the working world but also the ever changing socio-political landscape of our society. As demographics shift, whether through ageing, immigration or politics, the nature of the job market will change too. With each change in government policy, minor reverberations are felt within the working world and in a time of great political change, the shockwaves would be much stronger.

Will AI and Automation put people out of jobs?

One of the motifs of dystopian fiction is the increased role of automation and artificial intelligence within our society.

“With over one million of Amazon’s Alexa devices being used daily at home, AI is becoming increasingly popular and more widely accepted in 2019…technologies will significantly impact and influence future careers in engineering, manufacturing and technology sectors.”- Hunter Selection

Although this may seem like a frightening statistic, the benefits of artificial intelligence can’t be overlooked.

Household AI systems like Amazon’s Alexa or Google’s Home may help us remember to send a birthday card or to pick up milk from the shops but artificial intelligence is also being used in a more impactful way, from assisting large technology firms based in facial recognition to helping preserve animal populations in a more efficient way than humans could ever do.

All of this means that whilst artificial intelligence can handle the mundane jobs, with the McKinsey Global Institute estimating that AI can automate 50% of all paid tasks, complete repetitive tasks and organize data better than any human can, it also frees up the time of humans to work on more innovative or creative projects.

How will a changing political landscape affect our working environments?

One of the most unpredictable factors in determining the future of the working world is politics. When we think of dystopian futures, such as the one presented in George Orwell’s 1984, we think of a world where a dramatic political upheaval causes a huge shift in attitudes towards working. Although our world is some way off science fiction, we can’t truly predict just what impact the next few decades of politics will have on jobs.

Regardless of what happens politically, however, a few socio-political issues will remain either constant or worsen. Climate change is a very real threat that has the potential to increase the demand for science-related jobs as well as for engineers. Just as an increase in job opportunities in the sectors of science and technology will be present, there’ll be some jobs that, with the growing rate of automation, will be made redundant in the near future.

Will education have to change to keep up with the demand for new jobs?

Education is another constantly shifting element of our society that influences the next generation of workers, as well as both the demand and interest in jobs themselves.

Italy has taken steps recently to become the first country to make climate change a compulsory element of schooling. With this, it’s likely that the country will start to produce a generation of students with a greater interest and knowledge about the issue, with young people taking inspiration from this to pursue a career related to it in the future.

Sustainability is also a hot topic at the moment and it won’t be long before other countries begin to follow suit, as well as nations tackling issues more frequently through educational changes.

Just as it’s likely that new topics will be covered and taught in schools to prepare for the future, some lessons may begin to fade away until they’re no longer present within the education system, or at the very least altered or adjusted. With technology’s role in our society, complex mental arithmetic has become near obsolete, whilst handwriting lessons, which many of us may have experienced at some point in our schooling, are a rare facet of education nowadays.

It’s impossible to predict exactly how the landscape of the working world will look in ten years’ time, let alone further into the future. The world has arguably changed more in the past century than any other century preceding it and it’ll be down to us as a society to balance technology, politics and education to shape the future of work.

Ruby Clarkson is a freelance writer who specialises in business and the working world. She has a love for adventures, and longs to publish her own novel one day. Why Your CSR Policy Needs to Put People at Its Core 8 Ways Volunteering Benefits the Business and its Employees 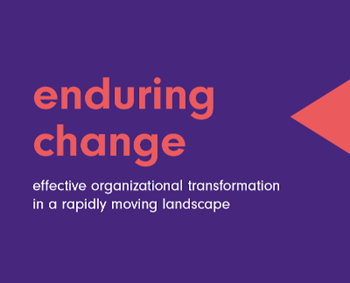