With the release of Netflix and Hulu documentaries, and the sentencing of Billy McFarland, Fyre Festival is back in the news and everyone is talking about the biggest festival disaster we've ever seen. So what can HR learn from this catastrophe?

Fyre Festival was marketed as THE event of summer 2017. Festival goers were expecting the event to be held on the white sandy beaches of a private island, party with some of the most well-known models and listen to the biggest bands and DJ’s on the planet. And yet, it filled the headlines of summer 2017, for all the wrong reasons.

Fast forward to 2019 and two documentaries have looked at how the 400+ attendees were forced to fight for half-built hurricane tents and eat cold cheese sandwiches. The event’s founder, Billy McFarland has had multiple significant legal claims and has been sentenced to six years in prison. Although this situation concerns a company in an extreme example, the lessons that can be learnt in regards to HR and employee wellbeing can apply to any organization.

What went so wrong at Fyre Festival?

One of the major issues that was clear from the start, was that most of the company’s employees didn’t have the time or the resources to facilitate what had been promised to attendees. Stories of staff being unable to pay booked music guests or not being able to book a caterer in time for the festival have since filled the headlines. Many of the employees were having to work substantial hours in order to keep up with the workload, causing significant levels of stress and pressure, whilst others had to go above and beyond what was expected of them, with little or no warning and support from a manager.

As it became clear that the event was not going to proceed and pressure began to mount, Billy McFarland is said to have ridden his jet-ski out to sea, to escape having to answer questions or offer insight into the state of the festival. The lack of security and senior management for the event placed employees at additional risk of harm, with many of them not having enough beds to sleep on, being unable to get back to their accommodation following the cancellation of the event and being left to face angry crowds with no further support.

When employees are at risk

Whilst initially hosting the event on Exuma, an area of islands in the Bahamas, employees were also told that they could not enter the sea because of significant risks from sharks in the water and many complained due to being exposed to the large population of sand flies. Employers have a legal duty to protect the health and safety of their employees and should carry out risk assessments to check the safety of locations before sending employees there. In situations where employees have been sent to a location, clear communication should be maintained with them to ensure they are provided help and assistance when required.

After the backlash and the failure of the festival, in which co-host & rapper Ja Rule described as “it wasn’t fraud, just false advertising”, the significant costs incurred by the company meant that employees were later told that payroll could not facilitate owed salary and payments at that time. Employees were given no option to dispute this and invited to resign if they wished to or to continue working for free.

Employers should remember that it is illegal to pay employees less than the minimum wage. If an employer violates minimum wage laws, employees can recover the money they are owed and take legal action.

Alan Price is senior director for the multi-award winning employment law consultancy, Peninsula; managing director of Peninsula Ireland and Elected Director & Trustee for the Chartered Institute of Personnel and Development – CIPD. Alan is a Chartered Fellow of the CIPD with over 15 years’ experience in employee relations. His wealth of expertise means he is often sought for advice by business leaders and to provide comment to the media including the Daily Telegraph, Sky News, Sunday Times, Financial Adviser by the FT, Lloyds and Santander and Guardian Newspaper. HR's Failure to Follow Harassment Policies Will Result in Lawsuits 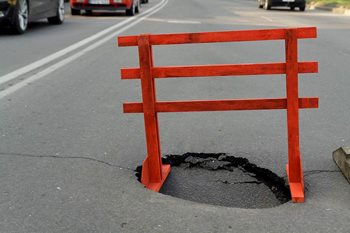