8 Reasons Why You Need a Recharge Room

In order to be as productive as possible, whilst maintaining good mental health, employees need to be able take a break. Providing a custom space away from their computer screens could be a great way to improve loyalty and provide them with what they need. 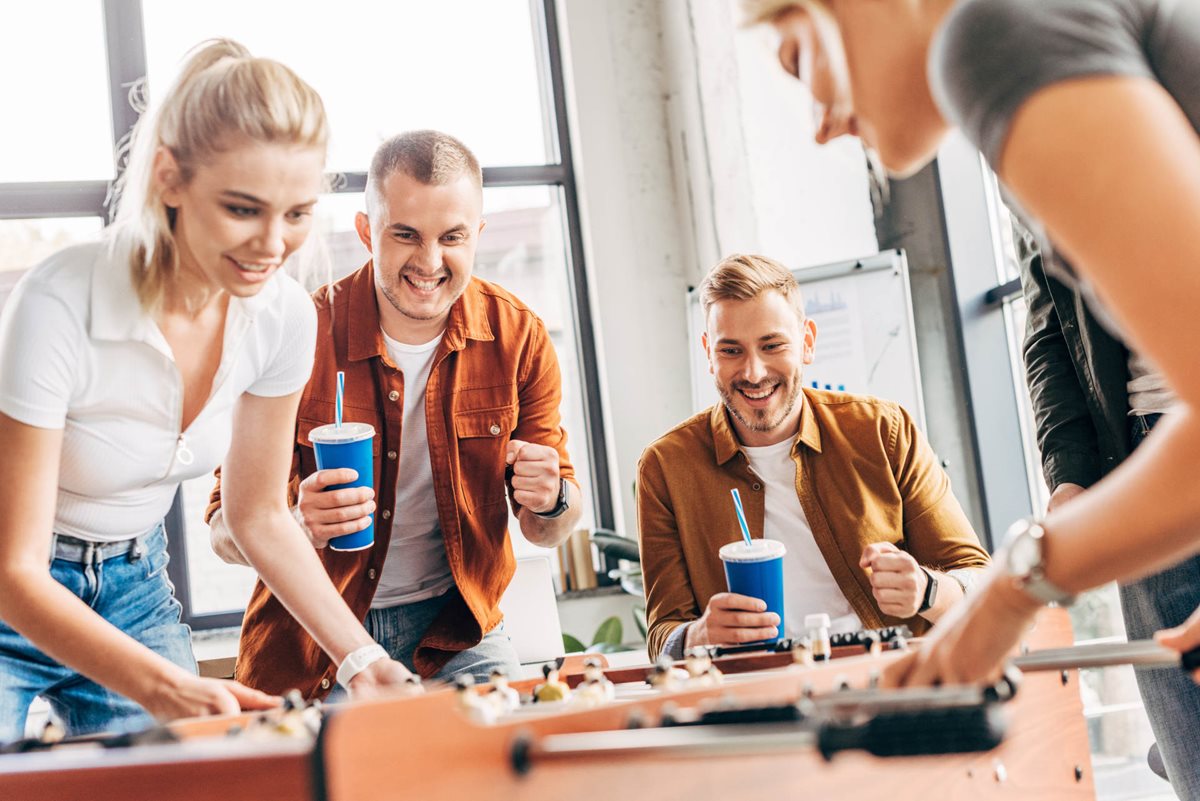 A happy employee works 12% harder but happiness may be a metric that’s nearly impossible to measure, so, let’s try to break this down a bit.

You see, a thing as simple as a water cooler chat can improve the overall productivity by a staggering 15%, which is roughly one-sixth of what your team is currently doing. This is just one of the reasons why your office needs to have a breakroom.

However, why not take this even one step further and make a recharge room instead. This interesting concept puts an even greater emphasis on designing a room that will allow your staff to get the most out of their breaks and return to work fully recharged and reinvigorated. Here are some great reasons why your business needs a recharge room.

One of the worst business practices, as well as one of the worst organizational methods out there, is trying to measure the amount of work that’s getting done by the number of hours invested in it. True, this is a trend that a lot of people follow, yet, the absurdity of it is more than obvious. Two hours of working at peak productivity is a trend that can easily help you outperform even 10 hours of work when fatigued, meaning that the number of hours alone isn’t really that important. In other words, when managing the schedule of your employees, you also need to tend to their fatigue level. While this may sound somewhat abstract, it isn’t nearly as impossible as you may believe.

Some modern offices solve this by enforcing the work interval business model, where all the employees spend a certain amount of time working (let’s say 25 minutes at a time), followed by a short rest (let’s say 5 minutes after that). This allows their employees to stay at the top of their game for a lot longer, achieving a boost in productivity and even keeping their morale up.

The problem with this method lies in the fact that it’s not universally applicable to all industries. Namely, there are some tasks that you can’t just abandon after 25 minutes as if nothing happened and then just jump into it once you return. Think about creative tasks, where you would be required to leave your work in the middle of a sentence or a particularly sensitive element of design and then just jump back right into it once the break is over. In this case, the traditional rest model would be incredibly important and for it to be effective you would need a recharge room.

2. It’s important to show that you care

One of the biggest fears of millennial audiences is the idea that you don’t really care about them. We’re not talking about this phenomenon from a sentimental standpoint but from a pragmatic one. You see, if your employees notice that you care about nothing else but productivity, they’ll realize that all the work they’ve invested in your company won’t matter the first time they make a mistake or underperform. Loyalty works both ways and if employers prove that they care only about themselves, why would the employees act any differently.

By investing in a breakroom, you’re clearly doing something for your employees. An improvement to your breakroom is an indicator that you’re willing to invest in the comfort of your employees, not just their productivity. Think about it, by buying a new office printer, you’re simply implying that you’re trying to achieve a boost in productivity. Yet, investing in a quality coffee machine shows you’re clearly willing to put your teams first. For those who are on a budget, nowadays, it’s even possible to rent an office coffee machine instead of having to buy it, which may help you provide an instant boost for your employees.

The biggest misconception about team building is the idea that this concept needs to be achieved through corporate field trips, team building exercises and coaching. In reality, it’s by far more efficient if you achieve this passively, through a positive office atmosphere and harmonious teams. Think about it, by just giving your employees a conversation-stimulating environment, you’ll encourage them to try and learn more about each other and develop the ultimate work relationship.

A lot of this bonding should take place in the recharge room. Think about what your options are, other than giving your employees an area for conversation (a traditional coffee table and seating area) you can also include a team game like an arcade machine, table soccer, ping pong table (ideal for 2 vs. 2 showdowns) and more. You can give smaller groups in your employ a chance to test their chemistry and even develop some positive office rivalries. All of this comes from you merely having a recharge room and encouraging your employees to do it the right way around.

Even though this may sound a bit anti-social, keep in mind that it’s only natural for a lot of your employees to want to spend their break on their phones. The often due to them wanting to get in touch with friends, make plans for the rest of the day, check in on their kids and family members and much more. So, why not include a wireless charger like Wi-Charge. Use a cutting edge device to help your team recharge their devices without having to rush for an outlet and charger as soon as their break starts. It also helps prevent overcrowding the sockets in the breakroom. Naturally, it would be smart to install one in the general work area.

Some studies have shown that even a 20-minute long nap can help improve the productivity of your employees, so, instead of just having a noisy breakroom, why not also invest in a separate nap area. Find an area in the most remote part of the office, make it soundproof, provide it with suitable furniture and try to dim the lights.

For companies with flexible work time, this will give some employees a chance to take a nap before returning to work. Otherwise, they would either have to go home to do so or find an improvised sleeping area.

Since new mothers pose as a sizable portion of your entire workforce, it might be a good idea for a potential entrepreneur to invest in an office kindergarten.

First of all, it would be safe to assume that allowing a parent to work close to their child may be incredibly stimulating.

Second, nothing can recharge their batteries as quickly and as effectively as a chance to spend half of their break with their child.

Finally, this can also help mothers when it comes to overtime. Due to the fact that this is a unique feature and an offer, employee loyalty would likely go through the roof.

Alertness is one of the biggest issues in any office and in order to give your employees a boost, you might want to make them a gym area. Many businesses are reluctant to do this for fear of such a project being incredibly expensive.

In reality, all you need are some skip ropes, some music, some floor padding and an area that’s big enough to accommodate a few of your staff. Alongside sleeping areas and a great coffee maker, this is yet another reason to keep your team at the peak of their productivity at all times. By improving the physical health your employees, you’re also ensuring they take fewer sick days.

We’ve talked about the fact that your employees need a break, however, we’ve failed to mention so far what they need a break from.

Just imagine an average office; the noises, the glare and the buzzing of all the devices and appliances. Even if they didn’t have to focus on work, collecting their thoughts in such an environment could be fairly difficult. This is exactly why you might want to consider starting a tech-free room.

Provide some seating, analog entertainment and as many different visual stimuli as possible. The best thing part is that making a tech-free room tends to be a fairly low-cost project.

As you can see, while recharge rooms come in many different forms, no one can deny that they’re vital for your team’s productivity. Remember that staying at the top of one’s game is quite hard and in order to get there, your team needs all the help you can provide. Fortunately, this is something that both parties (you and your teams) stand to benefit from.

Emily is a business psychologist with a passion for marketing. Researching, exploring and writing are her favorite things to do. Besides that, she loves animals, music and traveling. The Essential Guide to Staff Health and Wellbeing 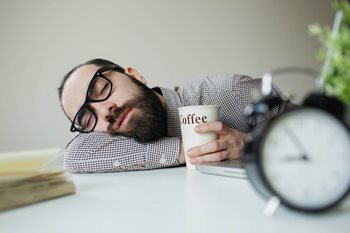