Incorporating plants into your office or home workspace can have a significant impact on your wellness and productivity. Workplace wellness is a hot topic these days, especially with the pandemic leading to a big increase in feeling of loneliness and even depression.

There may be a simple and instant hack to feeling better, however.

Recent studies show that the positive effects of plants go beyond simple aesthetics. For anyone working in the office (or from home), there’s growing evidence that adding just a few house plants to your workspace can yield tremendous health and productivity benefits.

A study conducted by the University of Technology, Sydney showed that workplaces that added plants and succulents to the environment had a reduction in the stress levels of their workers. The results of their studies showed a drop of 37% in tension and anxiety, a 58% drop in depression levels, as well as a 38% decrease in rates of fatigue. Researchers were able to conclude that the benefits to employees can occur with just one plant.

Further research conducted by the University of Hyogo backs up the main point of this study and takes it a step further. Japanese researchers studied specifics such as the impact on pulse rate, and the physiological effects of looking at a plant.

The Japanese researchers suggest keeping a smaller plant on each worker’s desk to get the maximum benefit from a succulent.

Dr. Chris Knight and his team at the University of Exeter studied the effect of plants on productivity levels in the workplace. They determined that having even one plant improved productivity levels of the office staff. Knight told The Guardian in an interview that what was important was that an employee could see the plant from their desks. He stated in his interview that:

“If you are working in an environment where there’s something to get you psychologically engaged, you are happier and you work better.”

Other studies show that not only do employees feel more productive, they also feel more creative. The Human Spaces report indicates that in an office space with plants, creativity levels jump by 15% as well. Experts attribute this partially to the green color of the plants, which seems to have a positive psychological effect in stimulating our minds relative to other colors.

Researchers have also studied if plants can have an effect on the physical health of those in the office as well. Researchers in Norway are attempting to get to the bottom of this question.

While plants in an office aren’t technically air purifiers, they may help to reduce levels of sickness in a workplace by clearing toxins in the air. Agriculture University of Norway studied office environments both before and after the introduction of plants into the workplace. The decrease in sickness and absenteeism claims in the office after the introduction in plants leads researchers to believe that the plants led to the reduction in those numbers.

4. Plants improve the appearance of the workplace to job applicants

Plants are one of the ways to improve the appearance of a workplace. Organizational psychologist Sir Cary Cooper noted, when commenting on the 2015 Human Spaces Report, mentioned that over 1/3 of applicants pointed to the design of the workplace as a factor in their decision to accept a job offer with a company. Plants were noted as one of the ways an office can easily elevate the appearance of a workplace to potential employees.

The strategic placement of plants around a building or office can help reduce the level of noise. Putting plants, especially large ones, in corners around the office help absorb some of the noise in a workplace. Chatter and other office noises can be distracting to some individuals. Plants can help cut down on distractions caused by those things.

Studies from NASA show that having plants in your home can remove up to 87% of air toxins in your home within 24 hours. Another portion of the same NASA study studied how plants help keep the air clean in an office space. Plants absorb chemicals in the air that we as humans don’t need. More recent studies show that plants help reduce carbon dioxide levels in the air by anywhere from 10-25% in an office. The fluctuations were based on if the office had an air conditioner or not.

There’s more than though evidence on the benefits of houseplants to improve your productivity and mood. As far as which plants to get, I’d recommend starting with one or two that are easy to take care of indoors, such as a Snake Plant or Dracaena. Both are extremely low maintenance and known for their air purifying prowess.

George is a certified ergonomist and senior editor at Ergonomic Trends. You can find him hitting the gym or the yoga studio when he’s not working hard at a cafe or coworking space. 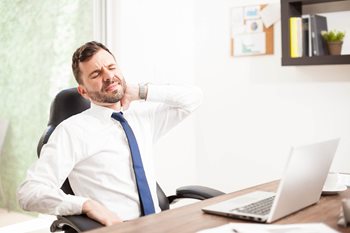 The 5 Dangers of a Desk Job [Infographic] 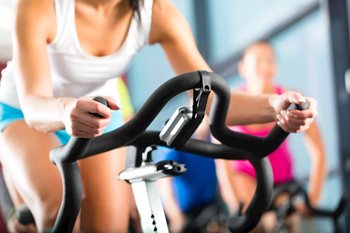 The Relationship Between Mental and Physical Health 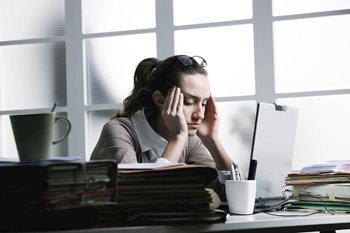 What is Stress (And How Does It Affect Employee Wellbeing)?