Just Walk Out Shopping: Is Amazon Fresh the Way Forward for Retail?

Amazon is now promoting 'Just Walk Out' shopping, which lets customers pick what they want and leave the store 'without paying'. Amazon has already revolutionized ecommerce, and now appears to have its sights set on the traditional grocery sector.

The online giant introduced its very first Amazon Fresh grocery store in Los Angeles in August 2020, and has since expanded to more locations in California and Illinois.

It’s also brought Amazon Fresh to the UK, with stores now open in the London districts of Ealing and Wembley. What makes these sites particularly special is that they offer 'Just Walk Out' shopping, an innovation that lets customers select their items and leave the store 'without paying'.

What is Just Walk Out?

The Just Walk Out model doesn't actually let shoppers leave without paying, of course, but it does do away with the idea of traditional checkouts.

The cashierless technology that underpins Just Walk Out shopping was created for Amazon Go, a chain of convenience stores located in Seattle, Chicago, San Francisco and New York. The company is now pushing the concept to other retailers, on the premise that it’ll "bring fast and convenient checkout experiences to more shoppers".

What do shoppers make of it?

One of the most accurate indicators of whether a potentially industry-changing innovation will catch on is the reaction of the people who matter most: the customers.

A Sky News journalist sent to test out the Amazon Fresh store in Ealing said checkout-free shopping felt like "a big change", while a Business Insider reporter said the experience was hassle-free and the store felt well-organized, clean and efficient. However, she also said the hundreds of cameras hanging from the ceiling had a "dystopian feel".

The expansion of the Just Walk Out model to the UK and its availability to other retailers has been highlighted as particularly significant in the wake of COVID-19. The consequences of the pandemic could be a key factor in the popularity of Amazon's offering among consumers.

"There has been a wave of investment in touchless technologies over the last 12 months as safety and hygiene became the highest priority for grocers and shoppers. The idea of being able to walk out of a store with your daily incremental shop without having to touch a checkout, screen or keypad will be hugely appealing for many." - Andy Halliwell, director of retail at Publicis Sapient

Is this the future of retail?

There are many questions around Amazon's checkout-free shopping experience and its long-term significance for the industry, spanning topics from personal privacy to the growth of frictionless retail.

The BBC reported that some campaigners have raised concerns about privacy, but industry experts have suggested the introduction of the Just Walk Out concept to the UK could be a defining moment.

"Having a physical presence will enable Amazon to address some of its weaknesses, like the mounting cost of deliveries and returns." - Natalie Berg, NBK Retail

There will undeniably be challenges for Amazon to overcome as it seeks to encourage adoption of the tech behind its cashierless stores. There are similarities between Just Walk Out and the hugely successful Amazon Web Services (AWS), such as the fact that Amazon started by using the system internally and slowly perfected it before selling it as a service to other businesses.

However, the retail technology has a long way to go before it reaches the heights of the dominant AWS cloud computing network. Commentators have pinpointed reasons why the company might struggle to replicate the success of AWS with Just Walk Out.

A former senior Amazon employee told Fortune magazine that the company's investment in its grocery stores and Just Walk Out technology is a "strategic, long-term play".

Regardless of whether this proves to be a wise move for the ecommerce giant in the long term, it certainly provides an indication of where the retail industry could be heading in the coming years. How to Attract and Impress Today's Omnichannel Shopper How DTC Retailers are Changing the Retail Landscape 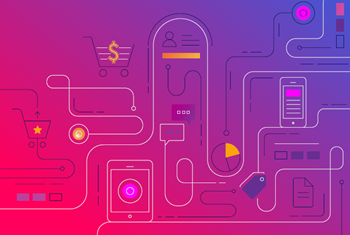