How to Initiate Change When You Lack Authority

It can feel futile when you see changes that need to be made at work and you feel powerless to change them. Maybe you see ways to make processes more efficient or know of a new vendor that could save your company money. Yet, you aren’t the boss, and you don’t have control over a budget. On the organization chart, you’re in a position that generally lacks authority. So, you’ve shared your ideas and made suggestions but, still, your ideas fall on deaf ears.

It pains you to see these opportunities go to waste, but it seems impossible to do anything different without being a senior manager. What do you do?

In many organizations, an individual doesn’t need formal power or the authority associated with a title or position to make change. Rather, they flex their informal power through relationships and influencing.

Those who are successful at influencing without authority build varied relationships, are willing to partner with others and have credibility and respect from leaders and peers. They’re also patient. Using informal power to make change takes time. These are marathons, not sprints.

Here’s the good news: anyone can do this. It just requires the right approach.

Making suggestions and sharing ideas are all centered on one thing, change. Many believe humans naturally resist change, but this isn’t true. We accept change in our lives all the time, as long as those changes benefit us and it is our choice.

For example, I’m happy to accept a new job that pays less money because I can work from home. This new job brings big change to my life, but I welcome it because it benefits me, and I have authority over the decision. My reaction to this change would be much different if it was imposed upon me without my support.

This means that when you’re leveraging informal power to make change and you experience resistance from others, it isn’t because “people hate change”. Rather, they need to see and feel a benefit as well as exert control over the decision.

2. Be good at your job and build trust

Everyone wants to be associated with success and people are more likely to buy-in to ideas from co-workers who are knowledgeable, consistent and dependable. This means, in your day-to-day work, follow through on commitments, communicate concisely and often, be helpful to your boss and teammates and spend more time asking questions than offering your opinions. Find out what motivates your boss and peers, understand their workloads and what they care about inside and outside of work.

These behaviors encompass some of the basic building blocks of trust which is integral to instituting any change at work.

When it comes to making change, going from initial suggestion to implementation is rare. There are many simple reasons why people say no too soon to good ideas. The timing might not be right, they may not fully understand the idea or they might think it will just create more work for them.

Instead, identify a handful of people who may be impacted by your idea and socialize it with them. This means to informally talk about it with them. Get the idea out there, get feedback and other perspectives. This approach also removes blind spots in your thinking so that your idea will get better with more input. The best part is that you’ll begin to build support that will be needed down the road.

New ideas always need tweaks and it’s impossible to catch all the implications on your own. Share it with a few people to get perspective and build buy-in.

4. Be open to advice and suggestions

While socializing your ideas, you’ll receive a lot of feedback and opinions. Demonstrating you're listening to input and willing to incorporate it into your ideas shows you’re team player. It also gives others involved control and choice - two important factors for supporting change.

In most organizations, the only way to get anything done is with and through others. Lone wolfs, or individuals working independently, will struggle to gain support and resources, like funding. Bosses and decision-makers want to see collaboration and teamwork. Yes, this is harder and more time-consuming, but it makes your idea more likely to move forward.

Be open to the advice and suggestions. Doing so will help you build a coalition of support.

People who effectively use their informal power to initiate change understand who the ultimate decision-maker is and what is important to them. This might be your boss or a leader two or three levels above you. Through socializing the idea and listening to feedback, key into who the decision-maker is and how they make decisions.

For example, a Vice-President I used to work with was notorious for making fast decisions in the morning when his energy was fresh. As the day wore on, he gradually became more fatigued by the various fires that needed putting out. He built a reputation for saying no more often in the afternoon when he was tired. His team knew to bring him their ideas in the morning.

Another boss I know of always wanted advanced notice and documentation of any idea she was asked to decide upon. She processed information faster through reading. Her team learned to present their ideas to her in writing instead of verbally in meetings.

No change can happen on a team or in an organization without power. Some wield formal power that’s granted to them by position or title and many others use informal power, developed through relationships and influencing. Using informal power will take more time but by socializing ideas, accepting feedback, building trust and understanding decision-makers, it becomes more likely your ideas will not only be accepted, but also implemented.

Amy is a management consultant and credentialed coach with over 20 years’ experience in HR and operations. She knows first-hand the joys and challenges of leading people and is dedicated to helping managers and teams advance their performance. She is the owner of Growth Partners Consulting, a boutique leadership and team development consulting firm that provides customized training, coaching, and professional development resources. 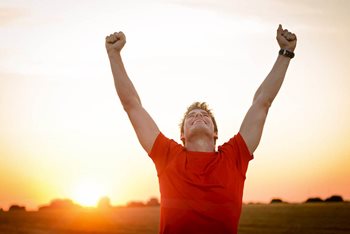 3 Ways You Can Achieve Your Goals 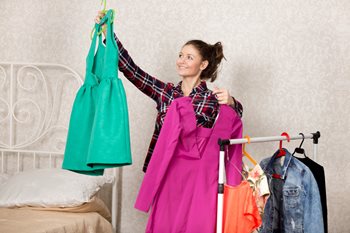 How Your Choice of Clothing Can Affect Your Mood, Confidence and Career Assertiveness Quiz: Just How Nice Are You?