5 Disadvantages of Electric Vehicles (And Why They Shouldn't Scare You)

There are many factors putting businesses off EV adoption, but are they myths? As the threat of climate change brings greater awareness of environmental issues, businesses are increasingly looking for new ways to go green. And, since carbon emissions are a huge part of pollution, replacing internal combustion engine (ICEs) powered fleets with electric vehicles (EVs) is one thing many companies are considering.

There were an estimated ten million electric cars on the world's roads at the end of 2020, with EV registrations leaping 41% that year alone. With more than 20 countries now having announced the phase-out of traditional vehicles, UBS estimates EVs will account for 40% of new car sales by 2030.

Doubling down on green targets

Although fleet owners might have assumed they would have more time to consider switching, many now feel as though they’re under pressure to do so as new regulations come in with the goal of making air cleaner.

For example, US President Joe Biden recently doubled America's carbon emissions targets and many more governments are joining the race to net zero, with automotive pollution a key target for reduction.

Electrifying fleets can seem appealing, especially for businesses that want to be seen as more responsible. However, some will undoubtedly be weighing up the risks to see if switching to electric is right for them.

Debunking the myths about electric vehicles

Many of the perceived downsides of EVs for fleet owners might be unfounded and putting potential buyers off for no reason. Let's take a look at some of the myths surrounding EVs and see if they're really worth worrying about.

Unfortunately, there’s an element of truth to this: EVs do tend to be more expensive to purchase upfront than ICEs. However, it's worth noting that with 18 out of 20 major manufacturers committing to the production of new models in coming years, it's likely that prices will begin to come down.

Importantly, this includes heavy-duty vehicles such as trucks, which could be good news for fleet owners.

Furthermore, it may be better to think of EVs in the long term, as their lower running costs compared to petrol or diesel could actually mean buyers save money further down the track.

Indeed, charging up could cost up to four times less per 100 miles than filling up at the pumps, which should really add up to significant savings in a year.

Given that EVs are also largely exempt from tolls like road tax, congestion charges and clean air zones, may be eligible for tax rebates and typically last longer, it should be easy to see why EVs might be a worthy investment for businesses.

2. The range of EVs is a concern

Range anxiety is frequently brought up as a key factor against EV adoption, with Volvo recently finding 58% of drivers say it puts them off.

However, it's worth noting that with many newer EVs now boasting battery ranges in excess of 200 miles - and the new Tesla achieving 500 miles - drivers should be able to complete most of their everyday journeys without needing to plug their vehicles back in again.

A study in Europe found that eight out of ten drivers typically travel less than 100 km (62 miles) a day, so EVs will likely have no problem covering the needs of most of them.

The best thing for fleet owners to do is research which EVs offer the longest range and then educate drivers on how to get the most miles from them, including smooth acceleration and lower speeds wherever possible.

This should provide reassurance that unexpected power failures are unlikely and that range anxiety can be consigned to the past.

As McKinsey discovered, fears over a lack of charging infrastructure are another barrier to adoption. However, the number of charging points is climbing all the time - the US had nearly 110,000 in September 2021, with a median ratio of 14.2 EVs to ports.

The US, Europe and China are leading the charge on EV infrastructure markets as their governments invest billions in growing the network of available ports for drivers and businesses, and some are insisting on legislation that will see all new buildings include them.

Meanwhile, businesses may be able to update their premises relatively cheaply to include overnight vehicle charging facilities.

So, although availability of public points may differ depending on location - and fleets in rural areas could have further to travel between stations - drivers shouldn't find themselves in a situation in which they're caught short.

This became a concern in the early days of EV adoption, with insurance providers having little data to refer to when it came to setting prices based on risk for light commercial vehicles and company cars.

However, 2020 research by HeyCar in the UK showed there seemed to have been a tipping point and that EV owners were actually able to achieve cheaper prices than petrol and diesel drivers.

The Association of British Insurers attributed falling premiums to more insurers entering the market to cover the growing number of EVs, as well as underwriters being reassured by the safety data.

Many businesses may have been discouraged by the idea that EV repair costs are high and that some garages might not be able to service them at all.

However, while it's true that electric cars can be expensive to fix if their batteries have a fault, it's also worth remembering that there is less to go wrong in the first place, with things like exhaust systems, complex engines and radiators ruled out.

That should add up to far less in maintenance costs over the lifetime of the vehicle, particularly if owners are trained on basic upkeep to keep EVs in top condition.

And with more manufacturers than ever making EVs, it's unlikely that mechanics specializing in them will be too hard to find going forward.

Are EVs a good investment?

It's true that EVs aren’t a magic solution to environmental problems and that they do come with some drawbacks. But there are clearly plenty of advantages too - and with deadlines for emissions targets looming, now may be the time to focus on them and put the myths to bed by adopting greener vehicles for your fleet. 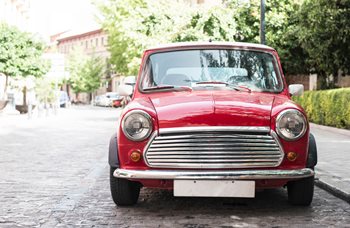 Are You Losing Precious Time to Common Tachograph Mistakes?