4 Reasons Why You Need to Embrace All-Flash Storage

All-flash storage will be the future for many data centers and it’s important to embrace it now rather than later. Having an effective data center is now an essential part of any business' IT infrastructure. Data volumes are growing all the time, and it’s estimated that global data center traffic is set to reach 17.1 zettabytes this year, before rising to 20.6 zettabytes in 2021.

However, it's not just higher volumes of traffic that’ll be a growing challenge in the coming years. Firms will also have to ensure their solutions are able to cope with the much faster speed requirements of the latest technologies.

Advanced solutions such as AI and IoT will heavily depend on real-time responses, so legacy data centers that still struggle with problems such as latency will soon cause serious issues for firms that don't make efforts to upgrade their offerings.

While there are many areas to look at when modernizing a data center, one factor that shouldn’t be overlooked is the type of storage used. And companies are increasingly realizing that in order to deliver the performance and efficiency needed, they need to look at all-flash storage.

What is all-flash storage?

An all-flash storage array, refers to an approach to data storage that dispenses with traditional hard disk drives (HDDs) within the data center completely in favor of relying solely on flash media.

While many businesses are likely to have deployed solid state drives (SSDs) within their data center in areas where speed is a priority, replacing HDDs for persistent storage throughout the data center is a significant step.

Going down this route will require businesses to reconsider their architecture and management approaches, as this technology will have different requirements from traditional alternatives. However, there are many advantages to be gained from this if the migration is managed carefully and IT teams fully understand their new requirements.

Here are four of the biggest benefits of embracing all-flash storage.

One of the biggest advantages of SSD storage compared to HDDs is the data transfer speeds they can deliver. HDD read-write speeds are limited by the physical restrictions of their spinning disks and issues such as fragmentation, where files are split into chunks that must be hunted for across the physical disk. Flash storage doesn't have these issues, meaning its read-write speeds are many times faster than HDDs, while also reducing latency.

This allows all-flash arrays to be much more agile than other storage solutions, as they can be used to support any type of business operation. As companies evolve quickly and requirements change, storage tools that are easy to deploy and won't act as a bottleneck to whatever new demands are placed on the data center will be vital in the years to come.

Traditionally, SSDs have been considered as a more expensive option than HDDs, but as the technology has been improving at a rapid rate, this is no longer the case. While the upfront cost per gigabyte of storage may still be slightly higher than for equivalent HDDs, flash storage capacities now match or exceed more traditional alternatives.

Lower operational costs also give them a significant advantage in the long-run. SSDs are cheaper to run than HDDs, consume far less power and require less cooling. On top of this, they offer more simplified operations than HDDs, meaning data center professionals have to spend less time setting up and maintaining them.

Unlike HDDs, which rely on disks that spin at either 5,400rpm or 7,200rpm, flash media comes with no moving parts, which means they're tougher and more reliable as there are fewer things to malfunction. For instance, they're less susceptible to physical knocks and jolts than HDDs, less likely to overheat and less affected by general wear.

If you're using SSDs for long-term, persistent storage, they should also offer a longer lifespan than HDDs, as while they will degrade over time, this is based on the number of read-write operations you perform rather than the stresses placed on the moving parts of HDDs as they age. SSD technology has improved significantly over recent years, so the number of read-write operations they can endure has increased from a few thousand when the technology was new, to over a million cycles in some cases.

Flash storage devices are typically physically smaller than their HDD equivalents, again as there is no need for a spinning disk. While this might not be a major consideration for small-scale applications, this can add up to a big difference over a large data center.

Using all-flash arrays therefore means you can pack more capacity into the same physical space. This also means reduced power requirements and fewer cooling demands, which can be a significant physical space consideration for traditional data centers, not to mention the costs involved. Environmental issues are also a growing factor for many data center operators, so all-flash arrays can help with this. 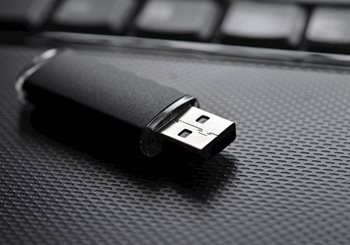 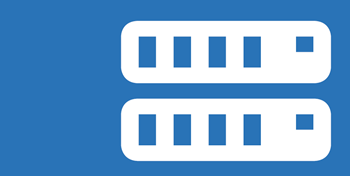 Planning Your Migration To All-Flash Storage Is All-Flash the Answer to Green Data Storage? What is NVMe-oF and How is it Changing Enterprise Data Storage?