What’s the Average Salary of a Skilled Database Administrator?

As a skilled database administrator, you want to ensure you’re receiving the highest level of compensation for your expertise. Salaries can vary significantly due to your geographic location, your experience, and other factors. This article looks at the average DBA salary for different places, positions, and sectors within the US. The salary a DBA can earn depends on where they are in their careers.  As expected, an associate database administrator won’t earn as much as a senior database administrator. And a cache DBA job will pay differently to the position of a DBA with DB2 experience. The more experience you gain as a DBA, the more you can move into sideways or higher positions.

Salaries also differ depending on the sector in which you work. IT companies often pay more than the health sector. And DBAs working in government departments will receive different salaries to those working in retail businesses.

According to the US Bureau of Labor Statistics, in May 2019 the top five industries with the highest pay for database administrators were:

If you’re currently looking to move sector or apply for a higher DBA position, you’ll need to be fully prepared for interviews. Brush up on areas like database recovery, performance monitoring, and SQL servers to make sure you shine. Researching common DBA interview questions can also help and ensure you’re as well-prepared as possible.

What’s the average salary of a DBA?

Data collected between 2010 and 2018 showed a steady increase in pay for this type of role, which indicates current average salaries are likely to be much higher. Which states provide the best salaries?

DBA opportunities vary in different parts of the country. Although there are abundant positions throughout the US, the majority of jobs are found in the south. Here is a look at the top three states with the best DBA salaries in 2019, according to the Bureau of Labor Statistics.

Which cities provide the best salaries?

In the US, metropolitan areas pay the highest salaries for DBAs. In 2018, the top five places for the highest DBA salaries were:

How do DBA salaries compare to other positions?

As noted above, the average national salary for a DBA in 2018 was $90,070. How does that figure compare to other jobs in similar sectors?

US News places database administrator positions as the fourth best job in the technology sector, and the fifteenth best position in the science, technology, and engineering sector. Out of the top 100 job types, DBA positions are listed thirtieth.

According to a report from the Bureau of Labor Statistics, the number of database administrator jobs are expected to grow by 9% by 2028. That is more than the expected average growth of all other professions. The rise in need of DBAs is largely due to organizations progressively becoming more data-driven, as well as the increase in businesses using cloud computing as storage options.

The future for DBAs looks promising and the demand for skilled professionals in this space is only going to grow, allowing experienced and senior professionals to enjoy the rewards.

Kevin serves as Principal Program Manager at SentryOne. He is a founder and former president of PASS and the author of popular IT books like SQL in a Nutshell. Kevin is a renowned database expert, software industry veteran, Microsoft SQL Server MVP, and long-time blogger at SentryOne. As a noted leader in the SQL Server community, Kevin blogs about Microsoft Data Platform features and best practices, SQL Server trends, and professional development for data professionals. Distributed vs Centralized: The Battle of the Databases 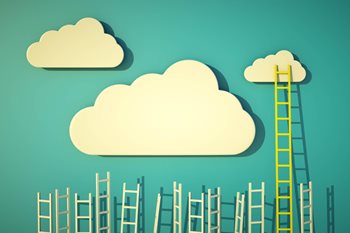 On-Premise vs Cloud Database Hosting: Which is Right for You?