What’s the Role of Modern Microservices in Software Development?

In a world where software is everywhere, the market revenue of spending on enterprise software is expected to reach around $506 billion in 2021. With such expansion of software development, companies have started using intelligent technologies to expand efficiency and productivity. What is microservices architecture?

Microservice architecture helps software development companies to style the structure of an app as a group of small independent services that can be independently maintained, tested and deployed. It’s a way to create an application as a system of coupled scalable apps; In other words, microservices break down large and complex products into individual mini-applications that can handle one specific function of the business. The main idea behind this architecture is to have independent software components that are capable of doing one particular thing. These standalone functions can enable the organizing of complex designs for businesses.

With microservices architecture, it becomes easy for custom software development companies to reuse code and use them for a new implementation.

Many businesses has started to adopt a microservices style to get organized around business capabilities. By doing so, organizations can split a large application into small parts and focus on the technology layer of the application. This can separate the UI team, database team and the server-side logic team while allowing them to work alongside one another to complete the building of the application.

Because of the way it’s being adopted by developers and businesses, it’s stated that the adoption of microservices application architecture will increase by 23.4% and reach up to $1.8 million by the year 2025.

The main two types of microservices architecture are:

Differential types of microservices decompose themselves into self-encapsulated services. It can break into various transactions. This means that the local transactions can be distributed into multiple ones.

Benefits and limitations of microservices architecture

Every service created using microservice has a set of capabilities that focuses on solving problems. If it scales, the service can be divided into smaller services. With microservices, the software developers can measure the size of infrastructure requirements, sustain reliability if there’s any demand and value the product.

The developer can create each component in the microservice architecture and then deploy, operate and scale it without affecting the way it functions.

Microservices isn’t a technology that follows a one-size-fits-all concept. This is the reason the software development team chooses the best tools available in the market to address their issues and goals.

When it comes to microservices architecture, independence controls the failure of any sort of services that don’t affect the entire application.

Microservices enables software developers to continuously integrate and deliver solutions, which makes it easy for them to try new concepts and find solutions if something goes wrong. Some of the new features of microservices architecture development promote software upgrades, encourage development and accelerate time-to-market.

When it comes to microservices, independence is both an advantage and a disadvantage. The reason is that every service has its own data consistency, transaction management and database.

With the increase in interdependencies and interconnection, complexity is also increasing, meaning there’s a higher chance of mismanagement.

The threat of network hacks has risen with the increase in inter-service communication.

What are the fundamentals of a successful microservice design?

Microservices has the ability to break monolithic applications into smaller components that can be managed, updated and deployed independently. Microservice is one of the technologies that have the capability to change the ground rules of an application. It has the power to revolutionize an application's design and operations, but to build individual services, understanding its fundamental components is a must. Here are the five main components that a microservice requires before being a part of distributed application style:

When a developer breaks a single application into multiple services, the only way they can talk to each other is through the REST web services API. To make the application work properly, every individual service must be able to send and receive data. To check whether the API is working correctly, regular testing must be carried out.

The erratic traffic in microservice shows that individual services are able to come and go. But when there’s a constant transformation, there are chances that the virtual machine will break down. For this, the overall service has to continue operating. Only then can the users get results from their application. To make operations run continuously, data management is required. For this, the user-specific data needs to be migrated off the service instances to the shared storage system.

The main issue with monolithic application services is that it has a lot of code that implements different functionalities. To make the code continue operating properly, developers need to invest time in integrating and testing it. To avoid this problem and deliver new application capabilities, developers now use microservices as it over partitions the functionality into tiny services.

It’s a myth that after the API is up and one service is able to call another, the system is working perfectly. This isn’t the case in the world of operations application. There may be a chance the service is running slowly and the calls are taking a long time or that the service is overwhelmed. To avoid such situations, traffic management is necessary. Microservices is the perfect solution as it coordinates traffic loads.

How does microservices represent a shift in approach for app development?

The world of software development came into existence with the emergence of single-purpose apps that could work for specific business solutions. The software development initially started with accounting programs that helped in finance. But in time, many different fields like inventory, supply chain and manufacturing, started using software applications and also benefited from it.

To increase the efficiency and transmit information across various business functions, ERPs were designed. These enable the software developer to help businesses to customize their operations and cater to unique requirements. Besides, the increase in customization leads to having slower applications as there were a lot of rigid scales. Therefore, the software development world came up with microservices architecture to help businesses to overcome these issues.

How can one implement microservices in different types of software?

There are companies that have built their systems by using monolithic architecture, but with increasing complexity in some brands, microservices have taken over. It’s also helped the developers to create distributed systems. Here, we’ll see how software development companies implement microservices in different types of software applications of different businesses.

Netflix is an adopter of microservices architecture. It started with moving the movie encoding and non-customer apps, and then decoupled the customer-facing elements like movie selection, configuration, device selection and sign-ups. Netflix is an application that has more than 500 microservices and API gateways that enables the developers to handle around 2 billion API requests.

Another company that adopted microservices architecture is Walmart, as it wasn’t able to handle 6 million page views per minute. After Walmart re-platformed itself into microservice architecture in 2012, their conversion rate increased by 20%.

Spotify grew rapidly after its launch in 2006. Eventually, it needed a solution that could support the scale of its millions of users. Microservices helped Spotify handle complex rules and meet their performance requirements. In recent times, Spotify is running on 810 services that are flexible, scalable and problem solvers.

Coca Cola had issues connecting all their entities on distinct continents. Rapid change wasn’t an option as there were multiple solutions implemented globally. Microservices architecture helped in using GIT and DevOps models.

In the future, the demand for serverless engineering and on-demand services will increase. Besides, there will be better tools that can rapidly develop and deploy microservices applications by eliminating the use of large investments.

Using microservices across various cloud environments brings added benefits to specific features. Microservices is something that’s related to information management and data that can use Oracle's cloud environment to optimize the solutions. Besides, there are microservices that can get an advantage from the Amazon s3 for extra storage of data. In other words, microservices architectures will involve a rapid reduction in the friction for custom software developers.

Unlike a monolithic application, the future of microservices will entirely focus on the integration layer that can help to tie the services together. This approach was explored by the team of Microsoft when the applications were built by combining services and APIs together.

The Function-as-a-Service is an approach that can allow developers to decentralize the entire application's technology stack. This means that the intelligence-driven microservice will be able to do real-time analytics with the help of the computer's memory.

By leaving the old monolithic applications approach behind, microservices architecture is becoming a preferred solution for creating software applications. It helps developers to innovate the companies by using a disruptive and microservices architecture. It’s a cost-efficient concept that only focuses on creating software development projects which are simply unrivaled. By seeing all these come to fruition, it’s clear that microservice architecture has a huge role to play in the modern software development world.

Evangeline Reece is a tech enthusiast and part time blogger. 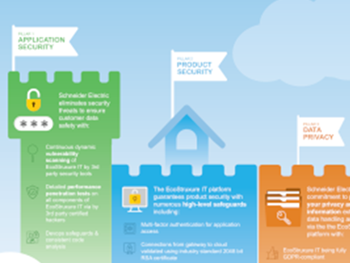 Why the Software You Choose is Putting Your Company at Risk 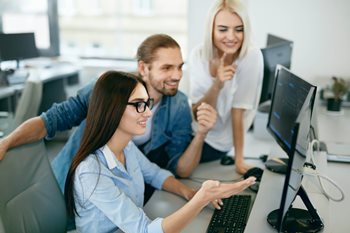 The Next Generation of Software Intelligence Maximising the F&B opportunities for hoteliers