Have you ever noticed how you’re surrounded by apps? Whether it be keeping up with friends, navigating through an unknown area, conducting quick transactions or playing games when bored, there’s an app out there to solve every problem of ours. In 2021, living without apps might seem impossible. According to eMarketer, app usage has a 90% share in the total amount of time a person spends on a smartphone.

Today, the mobile app development industry is growing at an immense pace. According to Statista, its revenue amounted to 189 billion USD in 2020. By 2022, approximately 260 billion apps will be downloaded.

At this time, stepping into app development is bound to be a lucrative option for many ventures. However, while the industry is full of opportunity and demand, it also has many challenges. The biggest of them all is app security.

Why is app security important?

When developing an app, it’s imperative to ensure that it’s secure. After all, most apps collect a cache of confidential consumer data. The safe handling of this data is essential for the developers to maintain their reputation as a trusted mobile app.

There was once a time when mobile apps were not the prime target for hackers. Instead, they focused on the weak links of operating systems. Over time, these weaknesses have been corrected, and thus, hackers have shifted their focus.

Since the network of apps is huge, hackers find it easier to identify weak links to enter the system.

It poses a substantial threat to the privacy of the consumer. Not only this, but security breaches can also result in a loss of reputation and trust. It’s also an expensive mistake as countries over the world slap hefty penalties on companies that fail to protect data.

While you might think that such breaches are rare, there are various examples around us that prove otherwise. Some of the hacks that rocked big businesses in recent times include:

To avoid disrepute and financial loss, you must ensure that your app isn’t added onto the list of data breaches of the year. And for this, it’s imperative to address all major app security issues.

Here are the top security issues you must be aware of and address when developing your mobile app.

One of the biggest assets for any app developer is its users’ data. While access to the plethora of data has made marketing easier, it’s also increased the need to protect it.

For instance, let’s say you develop a healthcare app that monitors the users’ health data and makes it available to a healthcare provider for timely action.

It means that you’ve gathered personal data of the users and their medical records as well. However, if this data isn’t properly encrypted, it’ll be at risk of being hacked.

Starbucks learned this the hard way. Its mobile app is quite popular among customers. Initially, the consumers entered their password just once, and then made payments through it repeatedly, without signing in every time.

While this was immensely convenient for users, in 2014, it was discovered that the app stored all these passwords in simple text format. It led to people losing trust in the app, and over 3 million people deleting it.

So how should you secure all app data? You can do so by storing it in an encrypted format, and  disallowing backups.

If you ever have the chance to read a beginner’s guide to hacking apps and websites, you’ll always find one constant method – creating codes.

Various hackers work on a long-term plan by creating codes that they hope that some app developers will use when creating their apps.

Since many app developers don’t wish to work from scratch when creating an app, they tend to pick up ready-made codes from online sources and merely alter them as per the requirement of their apps.

Such easy frameworks that come from third-party sources prove to be a backdoor for hackers. And if you use them, they can easily break through your app security. Therefore, make sure to either verify codes you use from external sources or do the hard work yourself.

SSL related problems continue to be among the most common issues of app security. It generally occurs because most app developers only ensure surface-level SSL protection. At times, their implementation is faulty.

It can include problems like the SSL certification not being verified or the TrustManager being broken. What many people fail to realize is that not all SSL certificates are authentic - instead, some are released by third-party analytics.

Offline apps are more vulnerable to weak authentication. Such apps rely on offline authentication to maintain uptime, which further increases the security risk. A hacker can use the offline mode to breach the app.

It’s best to limit logins to the online mode of the app to close this loophole. Moreover, a multi-factor authentication system is recommended to make your app safer. If your app thrives on its offline feature, encrypt the data.

As an app user, you might have come across the phrase ’your session has expired, kindly login again’. It’s an example of how apps avoid security issues that arise by improper handling of sessions.

In case a given online session continues for a long time, there’s a chance that the user is no longer active.

Many ecommerce stores allow for long sessions to ensure a better shopping experience. However, if the consumer isn’t active during the extended session, it can provide a door for hackers to enter and steal data.

It’s therefore imperative to limit the length of these sessions to avoid such issues. Here, a balance must be found between privacy protection and speed.

For instance, don’t ask for reauthentication every time. Instead, make it mandatory only for important information or actions like making a purchase, placing an order, etc.

This is what Amazon’s mobile app does. While you can browse through the products for hours without re-logging, you must sign in again when placing the order.

Get quality app developers onboard

Now that you know what five security issues you must avoid when developing your app, make sure to hire or collaborate with professional app developers, as there are various nuances to app security that only an experienced professional can address.

While some security issues must be addressed in every app, there are also industry-specific issues that have to be addressed.

Don’t just address the major issues of your app. Instead, address all the possible issues that may arise. This way, you’ll will be able to offer a 100% secure app to consumers.

Mehul Rajput is CEO of Mindinventory, a mobile app development company that provide web and mobile app solutions from startup to enterprise level company. His role involves heading the operations related to business and delivery with strategic planning and defining road-map for the future. 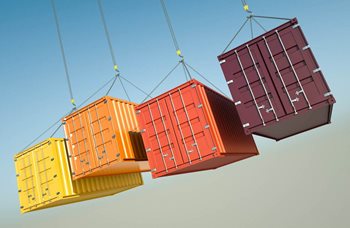 What are Containers and Why Do You Need Them?

Making your Application Development Strategy into a Predictable Force Multiplier