AI Then, Now and Tomorrow

Artificial intelligence has come so far in recent years and it's now an integral part of day-to-day life. How has it changed and what will happen in the future?

The only thing that is constant in the world is change. It’s amazing to think that just a few decades ago, cell phones didn’t even exist. Now, the smartphones we carry act as an all-in-one tool for all of our needs. It’s exciting to see what’s next for hardware innovations, but the bigger prospect remains in software engineering. More specifically, people are excited to see what’s next for artificial intelligence.

At its very core, AI is thought of as either a bane or a blessing to humanity. The former is a mere thought brought about by movie classics such as 2001: A Space Odyssey and the Terminator franchise. But of course, these are merely works of fiction. In reality, AI is becoming a huge blessing to humanity as it continues to make its way into various industries such as healthcare, retail, finance, and many more.

AI is currently being developed to become a part of our daily human lives. Although we are still possibly decades away from getting the likes of Rosie the Robot Maid from The Jetsons, what we are sure of now is that the technology has great potential in upending the way we do things. Developers are very optimistic about the future of AI. And who can blame them?

As an industry itself, AI is continuously growing. It is currently poised to become a $118.6 billion industry by 2025. As it garners more support from firms and developers, it will only grow even further.

One of the biggest changes we have with the AI industry now is that it is more accessible. There is a huge library of apps and software that is powered by AI and is made for personal use. From a broader perspective, AI is curing diseases, driving cars, handling orders, protecting servers, and training professionals, just to name a few.

The potential of AI is unprecedented and seemingly limitless. For everyone else, it presents a huge opportunity for better living. We’ve seen its journey from fiction to reality. But just how far has AI come? Here are some AI statistics to keep you up to date on the technology.

Josh Wardini is an Editorial Contributor and Community Manager. Founder of SERPwatch.io, Josh started building his experience in all things Internet since the beginning of 2000. A novice but aspiring developer, he lives and breathes SEO and loves to explore how the World Wide Web works. When his focus trails outside of community engagement, Josh enjoys the indulgences of writing amidst the nature conservations of Portland, Oregon. 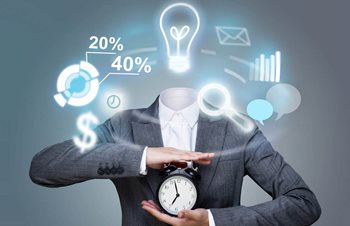 How Smart Machines Will Change Business 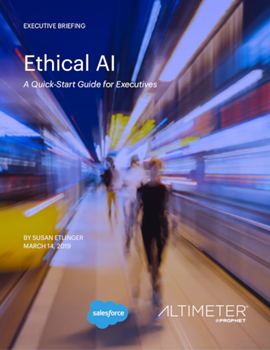