7 Types of Trojan Horses and How to Protect Your Enterprise

Trojans are among the most common types of malware, but there are many varieties to be aware of. Here are a few to look out for. Protecting the business from cybersecurity threats is a top priority for every IT pro. Malware is becoming more complex and more dangerous than ever, and with the reputational and financial penalties for any incident high, these issues are now regarded as among the biggest business threats.

However, there are many types of malware that firms must defend themselves against. If you don't know how they all work and what damage they can do, you can't defend effectively against them - simply putting in place antimalware software and trusting it to keep you safe isn't good enough. And one of the most common issues you need to be aware of is the threat of Trojans.

The risks posed by Trojans

Trojan malware - named after the Greek myth of the Trojan Horse - infiltrates networks by disguising itself as a legitimate file. This could mean malicious code hidden inside an email attachment, for example, or mobile software on an app store pretending to be something innocuous.

Once installed on a device, Trojans can perform a wide range of malicious activities that range from relatively harmless to potentially devastating for a business if they allow highly confidential data to be compromised.

7 types of Trojan to be aware of

Understanding the different types of Trojans and what they can do is therefore a vital part of protecting your network. While there are a huge variety of Trojans out there, with many specialized to perform a specific task, here are a few of the most common types.

This type of Trojan creates a 'backdoor' into a system that can give a hacker complete control over a machine, allowing them to do anything from downloading or uploading files - either to extract data or add more malware - executing programs or spying on a user's activities. As such, it's one of the most dangerous types of Trojan.

Rootkits aim to conceal other objects on an infected computer, thereby hiding other malicious software from defenses such as antimalware software, giving it more time to inflict maximum damage before detection.

These Trojans typically seek to turn your device into part of a larger botnet, which can then be used to launch distributed denial of service (DDoS) attacks. While this type of infection typically doesn’t do direct damage to the target - instead using it as a launching point for attacks aimed elsewhere - it saps resources and performance from the device.

Banker Trojans are designed explicitly to seek out and steal financial details, such as credit card numbers and online banking details. Some of the most notable Trojan attacks, including Zeus, Dridex and Kronos, fall into this category. They’re especially popular because they offer hackers immediate financial gain.

Trojans are often used as a delivery mechanism for ransomware, which typically works by encrypting important files on a system and demanding payment in exchange for the decryption key. These can cripple entire systems if not defended against, often leaving firms feeling they have no choice but to pay up.

Downloader Trojans work by installing other malicious software onto a device. These are often nuisance programs such as adware or cryptocurrency mining programs, but can also be used to deliver other Trojans or malware.

These are just a few of the many types of Trojan businesses may have to deal with. There are also a range of other, often more specialized Trojans out there. These include SMS Trojans that aim to make money by taking over mobile devices and using them to send text messages to premium-rate numbers, or Fake AV Trojans, which tell users their computer has been infected by non-existent viruses, then charge them for antivirus software to remove it.

How to spot a Trojan

The best way to spot a Trojan is to have strong intrusion detection and antimalware tools that can identify the malicious software as soon as it enters the network. But this isn't a 100% effective solution, so there are a few key signs you should be looking out for in case a Trojan sneaks past your defenses.

Protecting your devices from these threats

To protect against these threats, there are a few best practices that all businesses should be following. While cybersecurity software can help, the best defense ultimately comes down to ensuring your employees have the right training and understand what risky behaviors to avoid.

Trojans offer hackers an easy way into many targets, but they still often rely on the complacency of users to get results. Ensure your workforce knows what red flags to look out for and you have the right tools for detecting and removing suspicious files quickly, and you'll be in the best position to ensure you aren't the next victim. 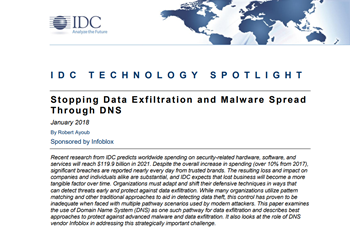 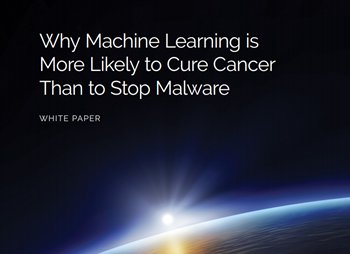