Disaggregation beyond the buzz

Disaggregation has surfaced as a buzzword, especially after HPE announced their HPE Nimble Hyperconverged Infrastructure (HCI). Many storage vendors are following suit, releasing disaggregated infrastructures one after the other. It does seem that this is just another hyped up technology trend but this one’s different; there’s more to it.

Companies who introduced disaggregated infrastructure for their data storage solutions, besides HPE, include:

In an integrated appliance architecture, the Storage Controller (SC) - the compute and manage part of the server - and the storage drives are packed inside the single chassis; including the RAID Controller (RC), if it’s installed.

Furthermore, instead of a single SC, disaggregated infrastructures have two SC chassis.

Ease of maintenance and scalability

In a single storage box, it’s difficult to replace a component if it fails. If an SC fails, users have to repair or replace the server. However, disaggregated infrastructure enables users to change an SC effortlessly. Similarly, it’s equally easy to add more SCs or storage expansion units if they need more compute or storage capacity.

The two SC chassis in the disaggregated infrastructure deliver hardware independence, redundancy, fault-tolerance and a multi-path access to the storage drives. This prevents bottlenecks for CPU cycle and IOPS and supports performance. The two SCs deliver 2x performance compared to integrated appliance architecture.

How to take full advantage of the disaggregated infrastructure?

Without a purpose-built OS, data center administrators cannot fully tap into the capabilities of the disaggregated hardware.

The chosen OS has to be software-defined so that it decides the capabilities of the configured hardware. Similarly, it has to be a hardware agnostic solution, so that compatibility isn’t an issue either. You don’t want your data centers to struggle with compatibility issues and you don’t want to lock yourself in with the capabilities of the hardware.

Therefore, it’s best to use an OS that’s built for the disaggregated infrastructure.

Of course the chosen vendor is always important. This holds true for disaggregated infrastructure too. As a data center owner, you need to make sure that the vendor you choose isn’t just the brand that everyone’s talking about. It has to be a vendor that’s capable of delivering as per your requirements.

Furthermore, support really matters a lot. You don’t want to wait in queue for days just for them to listen to what you have to say. It helps to choose a vendor who has the expertise, the tools, and the patience to help you on your journey from aggregated to disaggregated infrastructure.

Disaggregation simplifies data center scalability. Data center administrators can seamlessly add storage and compute individually. This makes it a very useful architecture with a place in the future of data center infrastructures.

Khawaja is the Team Lead Content Writer at StoneFly Inc., the original innovator of the iSCSI protocol and manufacturer of enterprise-grade data management, data storage and data backup & DR solutions. 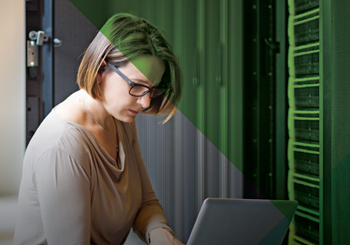 Not All End User Monitoring Solutions Are Created Equal 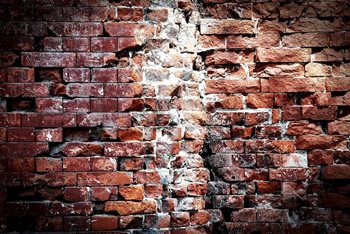 4 Key Signs Your IT Infrastructure is in Trouble The Definitive Guide to VDI on Hyperconverged Infrastructure