Which Type of Analyst Are You?

Have you ever wondered what type of data analytics personality you have? From the self-starters to the report-obsessed statisticians, there is a data analyst personality type that will perfectly describe you. Does it matter what type of analyst you are? It could. Your personality when you're on the job may have a direct impact on the kind of projects you get, the type of work you thrive on, and even the teams you're a part of. Many managers are keen on creating analytics teams that produce exceptional work, which means many are invested in making sure all personalities involved are balanced for optimal performance.

Here are the main types of data analytics personalities and their traits:

The Starter is the one who thrives on gathering all the information and starting the analysis projects. Starters are characterized by a will to get the hard part out of the way first, which is usually setting up how data will be gathered. The main trait of the Starter is self-motivation.

Starters need little to no prompting to get working and require very little oversight or guidance to prod the project along. The downside of the Starter is that sometimes they have trouble finishing projects or seeing results through to the very end.

The Finisher is the one who likes to see all data reach a conclusion and be tied into a neat bow. Finishers are characterized by a desire to see the end results, whatever those results might be.

The main trait of the Finisher is a methodical mindset, which generally means they'll comb through every ounce of data to reach a comprehensive, robust conclusion. However, the Finisher has a disadvantage of being easily overwhelmed by open-ended results.

The Scientist is one of the more common personalities in data analysis. The Scientist is one who regards all data from the perspective of asking why. Why is the data like this? What does this mean about the outcome? The Scientist is driven by a need to understand the underpinnings of the data, something they usually derive from their scientific backgrounds.

Scientists need to find explanations, which is why their main trait is curiosity. The downside of the Scientist is a tendency to become fixated on the search for answers and less concerned with allowing results to rest. The Scientist may also be a perpetual skeptic, which might mean they aren't satisfied or convinced by results until they have been repeatedly confirmed.

The Engineer is another very common personality for this field. The Engineer is an analyst that focuses entirely on improvement, which can be an asset for analysts who are tasked with finding solutions. Engineers are characterized by a will to see all the underlying mechanics of the data, retool, and then rework the problem until the data is better. The main trait of the Engineer is creativity.

Engineers have a continuous desire to make something better or find a way to improve data. However, this can be a disadvantage, as many Engineers don't care about the whys beneath the data and can possibly overlook details that are imperative to understanding data results.

The Reporter is one who obsesses, sometimes even obstinately, on results. The Reporter is driven by a desire to capture and collate the results of the data to the point where the results are the most important aspect of the data. The main trait of the Reporter is being detail-oriented, meaning they'll happily break down all data into as many subsets as possible to understand the data from all angles.

The problem with Reporters is the fact that they consider a good result a good result; if they're satisfied with where the numbers are, they might not be driven to find a way to improve the data.

So, now that you know the main personality types and traits associated with data analytics, you might be wondering if one is better than the other. The truth is that all have a place when it comes to analyzing data. When there is a projected 27% growth in the need for data analysts in the next decade, the task of balancing an analysis team with the right personalities and traits is important. A cohesive team requires an equal balance of creative thinkers, curious researchers, and goal-oriented finishers to reach a meaningful data conclusion. 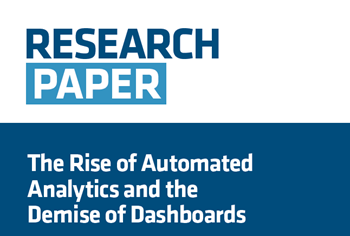 The Rise of Automated Analytics and the Demise of Dashboards 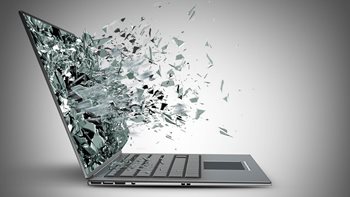