Operating overseas means dealing with FX markets, which can be a daunting financial challenge. Here’s how you can avoid unnecessary risk. In an increasingly global world, it’s no surprise that so many companies are committed to operating overseas. In 2018, 90% of American companies reported they saw international markets as a major growth opportunity, according to the American Express Grow Global Survey, while 76% predicted their revenue from exported goods would increase over the next five years.

Of course, dealing with international markets means working with different currencies, which can be a challenging task at first. Finance professionals will often be tasked with managing this aspect of their companies’ overseas expansion, and it’s one of the more important factors in determining whether or not operating internationally will be successful or not.

The main aspect of managing corporate FX is dealing with risk, protecting yourself from more dangerous investments and helping to determine where to expand. Read on for tips on how to do this safely, using industry best-practice:

A large part of managing corporate FX is working out which risks to try to negate and which to live with. First of all, remember that there are other factors at play besides exchange rates. It might be worth operating somewhere with a fluctuating currency, as in the long-term you could increase prices to offset any potential losses.

As a rule, McKinsey advises focusing mainly on risks that could “lead to financial disruption or distress.” You still need to assess whether or not an investment or business plan is financially worth pursuing, but the answer will depend on how much risk you’re willing to take on.

If you’re operating in another currency, you aren’t going to be able to avoid portfolio risks. Let’s say your US-based firm also operates in Germany. The transactions in the US aren’t affected by exchange rates, but because those undertaken in Germany are conducted in euros, you could lose out on revenue from them if the value of that currency falls.

This is unavoidable. However, you might also be subject to structural risks if you export. If our US firm in the above example was paying to manufacture products in the US but selling them in Germany, then a drop in the value of the euro could have a significant effect on the profit margins for those products. This could even lead to the business losing money.

This risk can be hard to negate. Some businesses can move the manufacture of their products overseas to the markets in which they sell them, but this isn’t always possible. However, that doesn’t mean you shouldn’t be aware of it. Pay close attention to your profit margins. If they’re slim enough that a small movement in the exchange rate could cause you to make a loss, it might not be worth exporting.

Work with the market

Although working with FX can seem like speculation at times, it’s important to remember that it’s nothing of the sort. As soon as you start delaying payments in an attempt to wait for a more advantageous exchange rate, you’re taking on an unacceptable level of risk. Your overall strategy needs to take this into account.

It can be frustrating when an exchange rate turns against you, but most experts believe the most sensible thing to do in this situation is to cut your losses. Holding out in the hope that it will change in your favor could easily result in you losing even more money as it worsens. It’s far better to lose $10 on a transaction than $50, after all.

Similarly, while it can be tempting to avoid making transactions unless there’s a favorable exchange rate, this is just as risky. Unless you’re in the business of currency speculation, it’s best not to bet on exchange rates; after all, they’re as likely to worsen as they’re to get better. 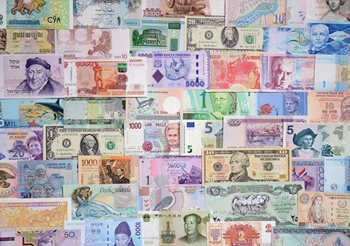 How to Juggle Payments in Multiple Currencies What to Consider Before Entering a New Market Unlock the Power of International Payroll for CFOs