The majority of mergers and acquisitions fail to generate returns. How can you avoid falling into this trap? If you're looking to grow your business or expand into new markets, one of the most popular tactics will often be to focus on mergers and acquisitions (M&As). Done right, this can provide enterprises with a new market and customer base, offer access to the latest innovations and technologies, and greatly improve a company's profile.

But more often than not, M&As aren't done right. In fact, one estimate by KPMG suggests as many as 83% of these fail to produce positive returns for shareholders. So if failure rates are so high, why do so many companies still pursue these strategies?

There are a range of reasons why an M&A can still look attractive. It may be an effective way of eliminating a potential competitor before they get too big, while the prestige factor of an expensive takeover is always tempting to senior executives.

So how can you make sure that your M&A doesn't become another statistic in a long line of failures? While there are many factors to consider, there are a few key considerations that CEOs need to pay attention to in order to stand the best chance.

Failure to take into account different cultures between the two firms is one of the biggest reasons for failure. This may come in many forms, from key differences in strategy to how teams are structured. If one half of the new business comes from a very rigid, top-down culture while the other encourages employees at all levels to spend time on their own interests, this can be a recipe for disaster.

This can be a particular problem for international mergers, as differences in how teams communicate and approaches to business can be stark. One of the biggest examples of this is the merger between Chrysler and Daimler-Benz. On paper, it made sense to create one of the world's largest carmakers to challenge the dominant Detroit giants Ford and General Motors.

But the cultural differences between the German and US teams made it almost impossible for the two parts to gel effectively. When everything from communication practices to target markets were so diverse, they were never able to build trust.

Get it right though, and the benefits can be huge. In 2005, Google - then still mostly just a search engine driven by ad revenue - picked up a little-known software company called Android for a price believed to be around $50 million. But with a clear vision and aligned ideas of what the future of the tech industry would look like, by 2010 it was already being described as Google's best acquisition ever, and today Android is in almost nine out of ten smartphones globally.

Culture is just one area in which firms will have to integrate different practices and ways of working in order to see success. For example, determining who has control is a key part of a successful integration. If people feel their contributions are being swept away by new management or taken in a new direction that ignores existing plans and strategies, this affects productivity, morale and results.

In acquisitions where one firm is significantly larger than the other, it also pays to know when to take a step back and let the other company do what it's best at. One of the best examples of this may be Disney and its takeovers of Pixar (in 2006) and Marvel (in 2009).

Disney kept key people and let these firms have a relatively free hand when it came to how they operated. And the results speak for themselves, as Marvel alone has earned more than $18 billion at the box office since Disney's $4 billion investment

However, even if the people are on board, the systems may not be. For instance, if key IT systems aren't compatible, the time and cost needed to migrate half the business or build new solutions from scratch can quickly become prohibitive, as Banco Sabadell found out when it bought TSB and a host of IT glitches ended up adding £176.4 million of post-migration costs to the deal.

Who's doing the due diligence?

Due diligence is one of the most time-consuming, yet vital parts of any M&A activity. If it's done haphazardly, or by the wrong people, you can easily miss vital red flags, from inaccurate valuations and over-optimistic sales projections to a lack of a clear research and development strategy that will hinder future innovation.

This isn't just a box-ticking exercise. Too often, businesses attempt to get through this process as quickly as possible and rely heavily on outside auditors who won't be around to deal with the consequences of any mistakes. Taking the time to go through the process step by step and involving internal auditors can give firms better reassurances that the numbers are correct and the proposed target aligns with your firm's values and working practices.

To see what can happen if this isn't done properly, look at HP. In 2011, the tech giant proudly announced its acquisition of British software firm Autonomy for $11 billion. Yet barely a year later, the firm took an $8.8 billion write-down on the takeover, alleging it had been misled about its true value. It was later claimed HP only carried out six hours of due diligence on Autonomy before the merger - and the court cases are still ongoing.

Have the right KPIs

However, one of the biggest challenges with any M&A is how you actually measure all of the above to determine success, and this is where you need the right key performance indicators (KPIs). These should be analyzed throughout the process, from initial due diligence to post-completion integration to check the health of all parts of the organization.

There are many types of KPIs you can use to understand this information and ensure you're getting the best results, but they generally fall into four key categories; customers, employees, processes and revenue. Understanding which metrics to focus on can give you a key early warning if problems are arising and allow you to change course - or even back out altogether - before it becomes a major issue. 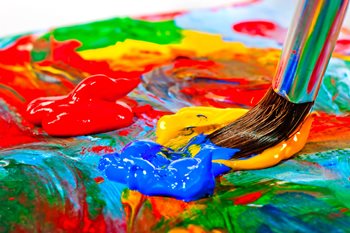 6 Things to Consider Before Merging Your Business Renewable Energy: What works and what's on the way? 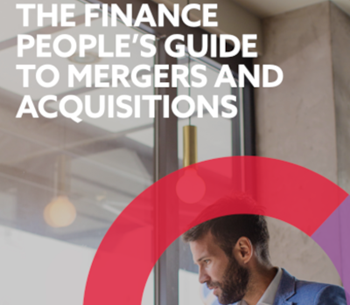 Guide to Mergers and Acquisitions