The CFO’s Guide to Being Heard in the Boardroom

It can be incredibly frustrating when members of the board don’t listen to the CFO. Here’s how you can make sure your views are heard.

The CFO often has one of the best perspectives on the decisions a company should make, based on its financial performance and projections for the future. However, all too often their voices are drowned out in the boardroom, which can be both frustrating and bad for the business in the long run.

The greatest challenges to a board’s effectiveness, according to a Forbes/KPMG study, is budget or resource constraint; an area which the CFO should be taking the lead. Below that is conflicts of interest, which is even more of an issue in larger companies with annual revenue of $1 billion or more.

Preventing this means making sure your voice is being heard. So how can you achieve this? Here are some of the best ways to ensure your perspective is being listened to in the boardroom:

Avoid drowning board members in numbers

The role of a CFO is obviously financial, and involves a lot of facts and figures. However, you want to avoid being painted as what Andrew Kakabadse, professor of governance and leadership at Henley Business School, refers to as the “psychopathic CFO”, who is so focused on the numbers that it colors all of their views in the boardroom.

It’s not bad to base your decisions on financial evidence, but it can make it harder for other board members to follow and make them less likely to listen. The Chartered Institute of Management Accountants recommends thinking carefully about what information the board actually needs to hear, and making a strategic choice about what to share in order to ensure you're being listened to.

It should go without saying that sitting back and not speaking until spoken to is a poor decision if you want to be heard. However, passivity goes further than that. For example, do you ever volunteer to take on extra work? According to the Future Directors Institute, that can be a good way to make sure your voice is heard.

Volunteering and taking a more active role in the boardroom shows that you’re part of the team, and reminds other board members of the overall goal of working for the good of the company. Of course, taking on extra work isn’t always possible, so look for other ways you can make an active contribution wherever you can.

There’s no getting around the fact that a significant part of being heard revolves around your ability to speak. Even if public speaking isn’t your strong point, there are a few tips you can adopt to improve in this area. For example, Karl George - managing director of The Governance Forum - recommends avoiding talking too much about your views.

The idea behind this is that it’s more impactful if you’re not talking all the time, and when you do, you do so with clarity and confidence. Making sure you’re as articulate as possible is another good idea. Brush up on your elocution, and you’ll find people start to take much more notice of what you have to say. 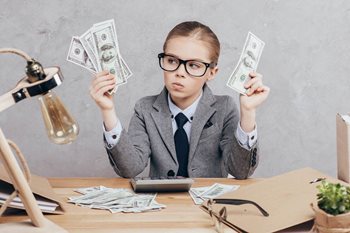 Cybersecurity in the Cloud Era 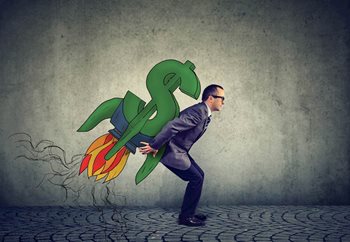 5 Ways to Boost Your Financial Fitness