How should financial directors be preparing for the impact of a post-Brexit economy? Here are a few factors every CFO should keep in mind in the run-up. A new prime minister is in place in the UK, but the arrival of Boris Johnson in Number 10 has done little to clarify the huge uncertainty that still surrounds Brexit.

With the UK currently scheduled to leave the EU on October 31st, and the chances of a deal seeming to get slimmer every day, it's vital that all businesses should be kicking their preparations into high gear.

This is something many firms have failed to do in previous months, even when the original deadline of March 29th began to loom. Indeed, just a couple of months before the first leave date, the Bank of England warned the majority of companies had failed to make any preparations for a post-EU Britain.

However, pessimism is growing about the impact a no-deal Brexit may have. In April, 81% of CFOs surveyed by Deloitte said they expect the long-term business environment to be worse as a result of the UK leaving the EU, and this will pose challenges not only for UK companies, but those in Europe and elsewhere in the world that do business in the country, no matter what sector they operate in.

So what should the finance department be doing in order to prepare their businesses in such an uncertain environment? Here are a few key factors to take into account.

The new government has been very clear on one thing - there will be no further extensions and the UK will leave the EU on October 31st "come what may". Although some still insist this hard line is a negotiating tactic, what that means for businesses is that no-deal should be treated as the default scenario.

As a result, CFOs can't depend on any existing arrangements for customs, tariffs or labor still being in place come November. Therefore, any planning they do has to start with the assumption that there will be disruption, and firms will have to set aside budget for potential new costs, such as tariffs, that will arise as a result of a no-deal scenario.

Deloitte notes finance leaders should also expect to deal with issues such as declining revenue, greater cost pressures and tighter credit conditions. As a result, improving cash accumulation is expected to be a priority for many firms in the UK, which may mean delaying investments in order to ensure cash reserves are bolstered.

2. The importance of securing your supply chain

The biggest immediate challenges in the short-term may well come in the supply chain, whether you're importing critical parts into the UK or reliant on exports from the nation. CFOs will need to be mindful of both logistical issues related to this and the prospect of new tariffs and fees that will put an additional dent in the balance sheet.

Look closely at your supply chains to identify where any issues may lie and what will cause them. For instance, are goods likely to be delayed at ports due to increased customs checks?

If so, this could cause serious knock-on effects for your production line, costing you more money, as staff have to endure downtime while waiting for critical items. Avoiding this may mean authorizing increased investment in stockpiling resources ahead of the leave date - though this will also have to be balanced against the desire to have more cash on hand, as already mentioned.

CFOs should rely heavily on their data in the run-up to Brexit. Real-time big data analytics will have a critical role to play in reducing friction and minimizing risks within the supply chain. However, the use of technology doesn’t stop there, as digital data should also be the guiding force to help you be proactive across every part of the business. Financial analytics, for example, can help model a range of hypothetical situations to help with strategic planning and ensure you know what to expect, whatever happens.

Overseas firms that do any form of business in the UK are unlikely to remain unaffected by Brexit. Many US companies have operations in the UK, as it offers a convenient gateway to the rest of the EU, but this will now come to an end. In some cases, firms may even need to consider relocating European operations away from the UK, which will come with a whole range of new costs. Therefore, it's important to weigh up the pros and cons of such drastic action.

But this is not the only potential cost, or potential opportunity. For example, in addition to tariffs, finance directors will have to consider the impact of any Brexit-related exchange rate fluctuations. With sterling already hitting new lows against the dollar - and some suggesting a hard Brexit could even push the pound towards parity with the greenback and well below the euro - this can have a dramatic effect on your expenses, both for good and bad.

This situation could hit sales, as it becomes more expensive for British customers to import goods - but on the other hand, it could be good news for US firms looking to invest in the UK.

In the long run, US firms may benefit from an improved trade deal with the UK. This could be years rather than months in the making, but it has been suggested that if the UK leaves without a deal, the US will be in a very strong position to negotiate favorable terms, opening up new markets that would otherwise be subject to tougher EU regulations and restrictions. 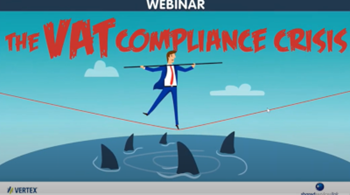 Learn How The Crypto Market Space is Shaped Managing Compliance Risks: Why CFOs and CCOs Should Work Together

How Should Businesses Store Financial Documents?