If you end up accruing a tax penalty, it can be surprisingly costly. Here are the most common tax penalties, as well as tips on avoiding them. It’s a fact of life that everybody makes mistakes. However, when it comes to your taxes, those mistakes could end up being expensive. An error on your taxes can easily lead to penalties, and when dealing with an entire business’ finances the cost of a miscalculation can be much more than you might expect.

The IRS collected more than $55.5 billion in unpaid assessments last financial year, alongside $29.3 billion in civil penalties. You can’t afford to be complacent when it comes to tax penalties; as Business Insider points out, the IRS can pursue you for ten years over these fines. Here are three of the most common, along with how you can avoid them.

The penalty for failing to pay is 0.5% of the tax owed. That might not seem like a huge amount, but it increases by an additional 0.5% every month you don’t pay, up to a maximum of 25%. That means if you fail to pay $10,000 of tax, the business could end up owing as much as an additional $2,500. The obvious way to avoid this penalty is to make sure you’ve paid your tax bill by the deadline.

However, sometimes circumstances mean the business simply doesn’t have the money. If that’s the case, contact the IRS. If there’s a reasonable cause for you not paying your taxes the organization might write off your debt, although this is unlikely. However, you can arrange to pay in installments, which halves the penalty to 0.25% per month, which is much more manageable.

If you’re late filing your tax return, the penalty is even harsher. First of all, you’ll have to pay more. The penalty is 4.5% of the owed tax per month, although this is capped at 22.5% after five months. However, if you haven’t filed your taxes, you’re unlikely to have paid them, so this is usually combined with a failure to pay penalty.

These two penalties stack on top of each other for a total of 5% of owed tax per month. If you fail to file and pay for long enough, you could be eligible for a maximum of 47.5% of tax owed. That would transform a $10,000 tax bill into a debt of $14,750. In addition, this accrues interest of 3% plus the federal short-term rate, so it’ll cost even more than you might expect.

Generally, failure to file happens because of simple human error. Daniel Morris, certified public accountant with Morris & D'Angelo, says the most common reason given is:

the 'I'm too busy excuse,' where the person's life is out of control and was simply too overwhelmed to complete the paperwork.

That means effective time planning is essential if you want to avoid this penalty.

One common method of paying a tax bill is by check. While there’s nothing wrong with doing this, bear in mind that you need to actually have enough money in your accounts to cover the check. Otherwise, it’ll count as a non-sufficient funds (NSF) check, and you’ll be subject to a penalty.

To avoid these penalties, the simplest option is not to pay by check. If you don’t have quite enough to cover the amount of tax owed, remember you can always pay by credit card, which will give you more time to cover what you owe. 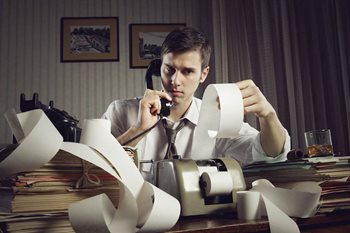 Your Guide to Tax & Dividends in the UK 7 Reasons to add a Tax Engine for VAT/GST Determination 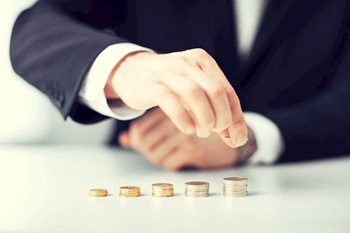 Tax Obligations in the US: A 5-Minute Guide